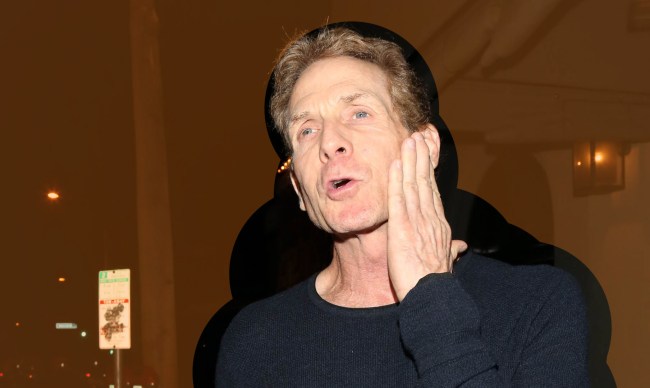 Skip Bayless having hot takes is as consistent as water remaining to be wet. He’s a man that’s eaten his own words plenty of times, but his latest take about Patrick Mahomes, Matt Moore and the Chiefs is wild even for his standards.

Moore took over for Mahomes after he suffered a dislocated kneecap on Oct. 17 against the Broncos. In his two starts for Kansas City since the injury, Moore has gone 1-1 with a loss to Green Bay and a win over Minnesota. He’s looked good with three touchdowns and zero interceptions, but Bayless thinks he’s been super special with this wild suggestion of the Chiefs possibly being better with Moore under center than last season’s MVP.

Matt Moore beats Kirk Cousins, as I predicted on Undisputed. I'm certainly not saying Moore is better than Mahomes. But the Chiefs are playing with more spirit and fight than they did for Mahomes, who lost his last two home games.

Bayless’ point of ‘the Chiefs are playing with more spirit and fight than they did for Mahomes’ may not be wrong, but has he stopped to think that the Chiefs simply have to play harder with Moore on the field than they do with Mahomes?

Not that we needed to look at those three basic statistics to see that Mahomes is miles better than 35-year-old Moore, but there they are. Anyone that’s watched either quarterback just a handful of times each knows Mahomes is a generational talent while Moore is an average, .500 record quarterback.

The thing here is that Bayless won’t be the only sports personality to come out and say this type of thing over the next week or so until Mahomes makes his return from injury. This is just the start of a discussion we’ll see on every mid-morning sports show.

The Chiefs have shown some serious life with Moore stepping into the fold when they could have folded, so kudos to him for keeping the Chiefs going, but Kansas City will play with plenty of ‘spirit’ when Mahomes returns from injury.