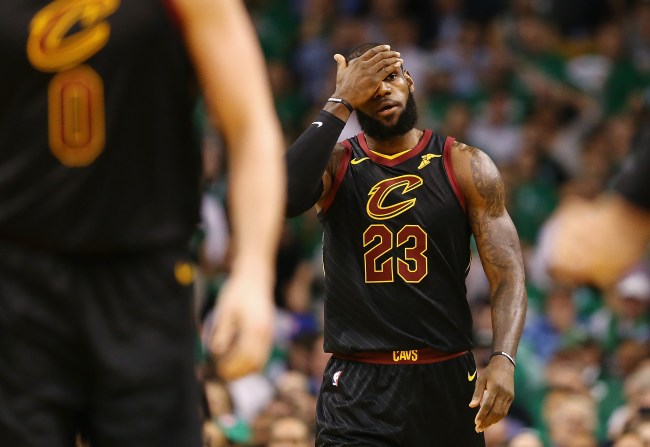 Fox Sports offering Skip Bayless a four-year contract in 2016 was entirely by design. In 2020, LeBron James will be 35 years old and will have endured 17 seasons in the league, making retirement a real consideration. If LeBron decides to retire, Skip Bayless’ services will no longer be needed seeing as he’s making $5.5 million over four years simply to troll the NBA’s greatest player. It is basically performance art at this point.

After the Celtics convincingly handled the Cavaliers to come within one game from the NBA Finals, rumored started swirling that LeBron James was sick, fatigued, or both. Coach Lue confirmed the claim in the post game presser saying James “looked a little tired to me.”

James was seen bent over grabbing his shorts within minutes into the game and the camera fixated on him chugging a bottle of water (like a real live human being) at the scorer’s table during the waning minutes of the loss.

I wonder if LeBron is sick. He’s got the double taped water bottle… pic.twitter.com/tkriUNY3PW

None of that matters for our boy Skip, who was absolutely flabbergasted with LeBron’s need to hydrate.

But not before a little in-game outrage:

What is LeBron DOING???