Here Is My Comprehensive, 5-Point Solution To Fix The NBA’s All-Star Snub Problem 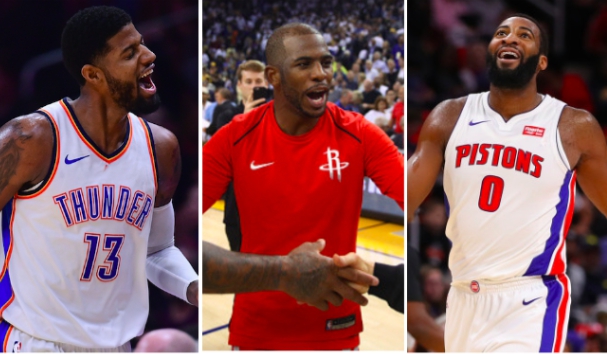 *ESPN 30 For 30 voice* What if I told you Chris Paul, Lou Williams, Andre Drummond, Paul George, and Nick Collison were left off the 2018 NBA All-Star team…

Well, all five of them were omitted from this year’s All-Star game, and some of them are pissed. Rightfully so.

Kinda. Believe it or not, in order to play professional basketball you have to be pretty good at it. With the exception of Timofey Mozgov, the NBA is chalk full of good players, some deserving of earning one of 24 All-Star spots. Naturally, some are going to be egregiously snubbed.

But, the snubbing isn’t the injustice, it’s that nothing more is done for the snubbees. No accolade. No ‘So Close’ trophy. No samurai sword signed by none other than American Idol’s Randy Jackson.

THERE HAS TO BE A BETTER WAY!

Thus, I propose a comprehensive 5-part solution that NBA executives and team owners should sign into legislature today.

Each All-Star will get three (3) votes to decide the five (5) players selected to the Snub team. At least two (2) of the player’s three (3) selections must be for players of opposing teams because if the 36 Warriors All-Stars vote Zaza Pachulia onto the team, it’s credibility is irreparably damaged. Forever.

The All-Snub Team should be an officially recognized entity

The NBA will be required to donate $50,000 to a charity of each selected player’s choice, on behalf of the player.

In 10 years, no one will forget Andre Drummond was snubbed off the 2018 All-Star, but its impossible for your legacy to die when you have a hospital wing named after you.

Each All-Snub player’s respective team would be required to match the NBA’s $50,000 charitable donation.

The average NBA franchise is worth $1.36 billion. This is couch cushion money. Plus, what’s better than having one hospital wing named after you? Two hospital wings.

The team donation could simultaneously be used as punishment for the franchise not doing its job in promoting the player effectively enough to earn him a spot on the actual All-Star roster.

Thank you for letting me speak here today Mr. Silver and the esteemed owners. Ok, I’m going out to have a cigarette. Any further questions you can take up with my lawyer.