Andre Drummond, The NBA’s Leading Rebounder, Is Pissed He Got Snubbed Off The All-Star Team 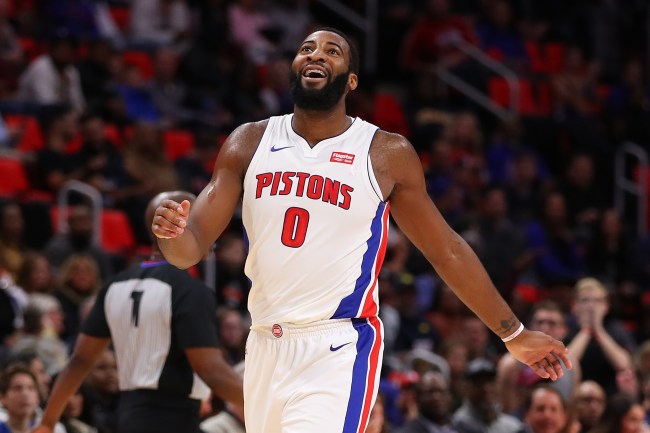 Choosing the NBA All-Star roster is like choosing wedding guests–the most deserving will be in attendance, but there will undoubtedly be snubs. Paul George, Chris Paul, and Andre Drummond didn’t make the cut just as your good friend from college who got jaded and douchey by the professional world was left off the wedding list.

The NBA has too many deserving players for everything to work out hunky dory, but certain players are within their rights to sound off on the injustices imposed against them.

For the sake of exercise, let me present to you the statistics of two players. You can choose one, and only one, to play in the All-Star game.

In a vacuum, I think most of us would choose player A (Andre Drummond) and pass on Player B (Al Horford).

Now lets add a new player into the mix.

Pistons center Andre Drummond was left off the All-Star team in favor of Kevin Love, Al Horford, Kristaps Prozingis, despite Drummond being the NBA’s leading rebounder. He expressed his dismay on Twitter.

Gotta be fuckin kidding me lol

Guess I gotta start doing back flips after every point I score to get attention around here!

Lmao on to the next

Drummond shouldn’t hang his head–he’s in good company. The All-Snub team may give the All-Star starters a good run.

At the end of the day, they’re all millionaires and set for life. I get snubbed every day of my life, you don’t see me whining about it.