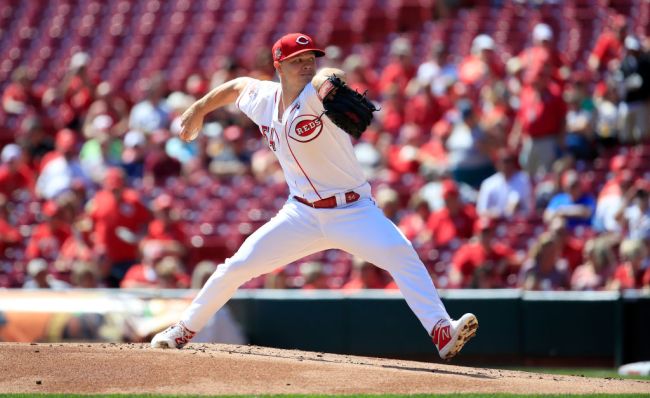 Pitchers are strange. Baseball fans and players have known that as fact for quite some time, and what Reds’ pitcher Sonny Gray pulled out of his hat against the Royals on Wednesday is just the latest example of pitchers being wired differently.

The former Yankee allowed two runs on seven hits through the first four innings in his start against Kansas City. After the Royals hung up two runs in the four, Gray decided to go into the locker room, get completely naked, and change outfits.

“I came into the clubhouse and I got completely naked and I changed everything that I was wearing except for my cleats,” Gray told reporters after Wednesday’s game. “I tried to cool off. I changed my jersey, my pants, my underwear and my socks — I guess that’s all I was wearing — and just tried to reset and start over.”

Talk about an absolutely wild move. It’s safe to say that Gray is a rather superstitious person, but hey, him getting into his birthday suit for a few minutes actually worked.

Gray retired the final nine batters he faced to go along with five strikeouts. The Reds were able to put up five runs as well to win the contest 5-2.

Gray admitted after the game that he was “super nervous” before the game. He also gave the world this unbelievable quote: “I was a little angry elf. Some days just be like that, I guess.”

Sonny Gray is an electric factory. This wasn’t the first time he decided to strip down during a game. He pulled the same move in 2019 against the Marlins and retired the final nine hitters he faced in that game as well.