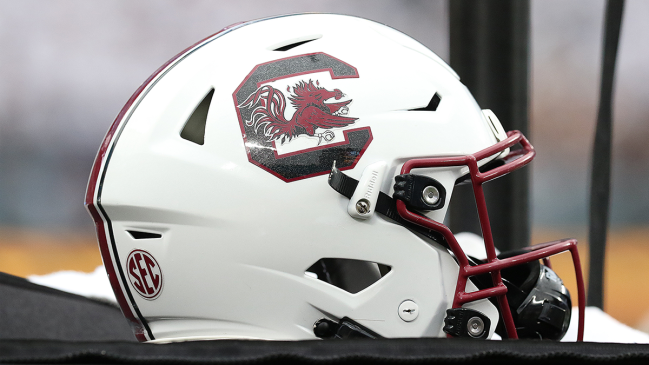 Over the summer, people around the college football world put their differences aside and came together to advocate for an incredibly worthy cause when “Cock Commander” became the people’s choice to replace “Sir Big Spur” as the name of the University of South Carolina’s mascot after the school announced it was on the hunt for a new moniker.

Despite presumably making trillions of dollars by selling “Cocks” hats to bros around the country in the 1990s and early 2000s, the university missed out on a golden opportunity to give the people what they wanted (and make even more money in the process) by officially rebranding the mascot as “The General.”

As a result, it wouldn’t be unfair to assume the powers that be at the school lack a sense of humor—but it appears that’s not the case based on a new partnership that’s one of the most amusing (and fitting) endorsement deals in college football.

On Tuesday, SAXX—an underwear brand that prides itself on “the patented internal ballpark pouch” designed to provide a bit more support in men’s nether regions—revealed it has inked its first college football endorsement deal with the Gamecocks.

In addition to being an objectively funny move, the two parties are also harnessing their new partnership to bring some good into the world. The Gamecocks kicked things off by donating $5,000 to the Testicular Cancer Foundation, and SAXX will also rely on South Carolina’s defense to help generate even more funds by donating $1,000 for each sack (get it?) they record until the season wraps up.