‘Space Jam 2’ Finally Has An Official Release Date, But It’s Still A Little Further Out Than We Thought 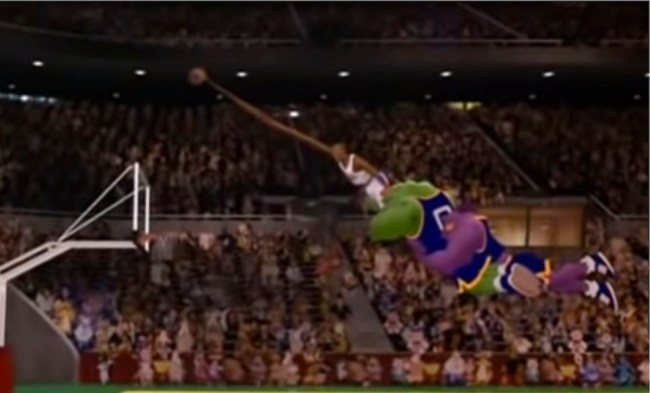 Space Jam 2 has long been rumored to have been in the works, with guys from Blake Griffin to others starring in the leading role. But it wasn’t officially announced that the sequel to the popular first Space Jam starring Michael Jordan would go to production until Spring Hill Entertainment — which is LeBron James’ production company — took to Twitter last September to let us know that we were all getting our wish, with James starring in the leading role.

While Spring Hill Entertainment teased the idea last fall, we all waited to know more details. Well, today was that day, because, according to The Hollywood Reporter, Space Jam 2 is officially hitting theaters on July 16, 2021, with the film being produced by Ryan Coogler — who also directed 2018’s Black Panther — and being directed by Terence Nance.

Although we do know the official release date of Space Jam 2, we still don’t know many other details — like who’s going to star alongside LeBron James. But James did give a little bit more insight on the movie while in Charlotte last weekend at the NBA All-Star Game, saying that filming will take place this summer. Take a look at what he revealed below.

LeBron got the kids in Charlotte excited about Space Jam 2, which starts filming this summer pic.twitter.com/qqJwCNy1b8

Although LeBon James has done plenty of commercials and other appearances in front of the camera, Space Jam 2 will be his first crack at a leading role in a feature film. Most of us remember how he killed it as a fictional version of himself in 2015’s Trainwreck, but we’ll get to see how his acting chops really are when he’s the focus of an entire movie. Something tells me that James will do just fine in that role.

We’ll keep an eye out for other details about Space Jam 2, but, to be honest, we’re a little bummed that we’re not getting this even sooner given all the hype around a sequel for the past decade or so. But, oh well, guess we’ll just impatiently wait and hope that it’s as iconic as the original Space Jam.