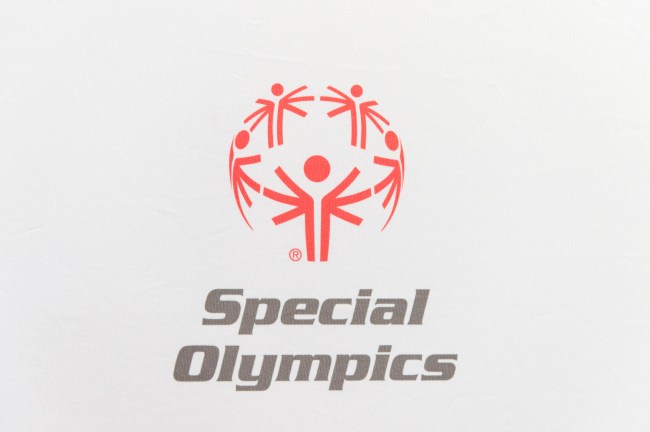 Special Olympics fans who were watching the USA-Canada men’s hoops game today got a special treat when a 75-foot heave from American player Matt Millett to end the game hit nothing but the bottom of the net, with the shot instantly becoming a viral hit after it made its way around the Interwebs. And, because the thing is impressive AF, I figured I might as well show you guys all its glory, because it’s awesome.

Although Millett’s shot came at the buzzer, it didn’t really impact the game, as the United States were leading Canada 32-18 at the time, but, still, the fact that he buried it is American AF! The shot itself was incredible — seriously, go out and try that yourself and see how close you even get to the basket — but it’s ironic because it comes less than a day after Golden State Warriors star Stephen Curry drilled a similar shot during a game last night against the San Antonio Spurs to end the first quarter. Here’s the thing, though; Millett actually one-upped the three-time NBA champ, because his Special Olympics shot was from even deeper out.

Here’s a quick look at Steph’s shot from last night; which is obviously amazing in its own right.

The Special Olympics are currently being held in Abu Dhabi, United Arab Emirates, and run through March 21. With the USA Special Olympics basketball team winning today, let’s hope we get more dramatic moments like Matt Millett’s shot to round out the games, because this was an A+ shot from the dude.