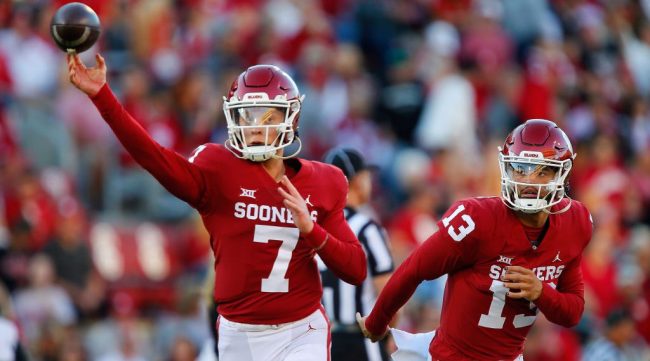 Rattler, who was the No. 1 quarterback recruit in the Class of 2019, struggled through his first five FBS games of the season. He was booed by his own fans against West Virginia and then was benched after two turnovers in the first half against Texas.

Five-star true freshman quarterback Caleb Williams, who was the top quarterback in the class of 2021, took over and the rest is history. Williams scored on his first play from scrimmage, led the Sooners back from the largest deficit in Red River Shootout history and ran away with the starting job during practice the following week.

After being replaced, Rattler was clearly disinterested as Oklahoma came back against the Longhorns and chose not to celebrate with his team after the win. He then took Monday off, his father gave extremely telling comments about his son’s future, and was out-snapped in practice all of last week.

When Williams was officially announced as the starter against TCU on Saturday, Sooners fans went nuts. Rattler was shown on the sideline and was visibly frustrated.

Now, as undefeated, No. 3 Oklahoma gears up to play Texas Tech with Williams under center, the Instagram profiles of both quarterbacks say a lot about their relationship— or lack thereof.

Upon further investigation, they each follow starting running back Eric Gray.

The same can be said about star wide receiver Jadon Haselwood, who was in the same recruiting class as Rattler.

That is also true about third-string quarterback, freshman Ralph Rucker.

However, Rattler is not among the 1,325 people that Williams follows on Instagram. 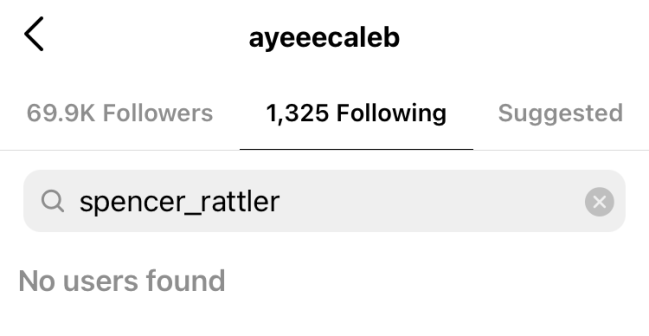 And Rattler is not among the 69.9k who follow Williams.

For further evidence, Williams is not among the 739 people that Rattler follows on Instagram.

It is unclear as to whether the two Sooner quarterbacks ever followed each other. Regardless of whether they did before, or if it’s a new development, that lack of following just about says it all.