Has Spencer Rattler Been Playing With A Left Knee Injury? We Investigate: 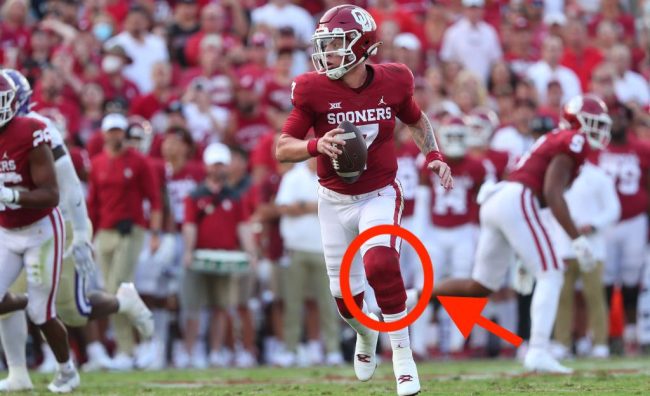 When Oklahoma football takes the field against TCU on Saturday, all signs point toward Spencer Rattler being the backup quarterback.

Through six games, Rattler has not played particularly well. His on-field performance has not been excruciatingly terrible, but it hasn’t been what is expected from the Sooners’ starting quarterback.

Rattler’s play has been particularly underwhelming for the nation’s former No. 1 recruit and a 2021 preseason Heisman Trophy candidate. He has completed 74.3% of his passes for 1,371 yards, 10 touchdowns and five interceptions.

Beyond the numbers, Rattler was not able to pull away from Tulane in Week 1, struggled to distance his team from Nebraska and was losing by three scores to Texas before being benched. It has been less-than-stellar.

There is not anything in particular to point toward for his struggles, but The Athletic podcaster Nate Tice has noticed something rather interesting. Rattler was wearing a brace on his left knee early in 2021.

did Spencer Rattler have something happen to his left knee this season? Or at least before the Nebraska game.

It begs the question — Has Rattler been dealing with a knee injury?

Upon further investigation, Rattler has worn the brace since the end of last season. 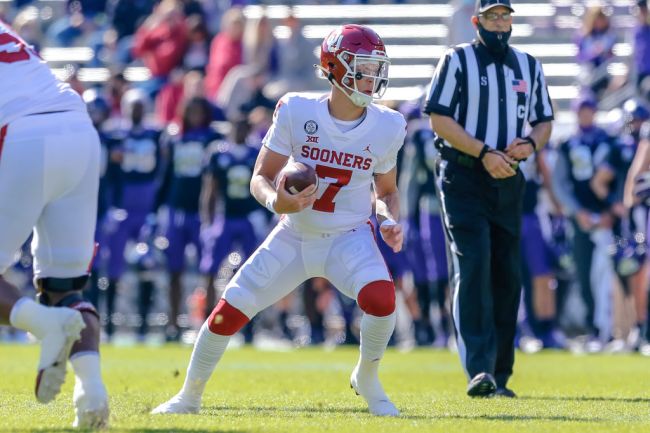 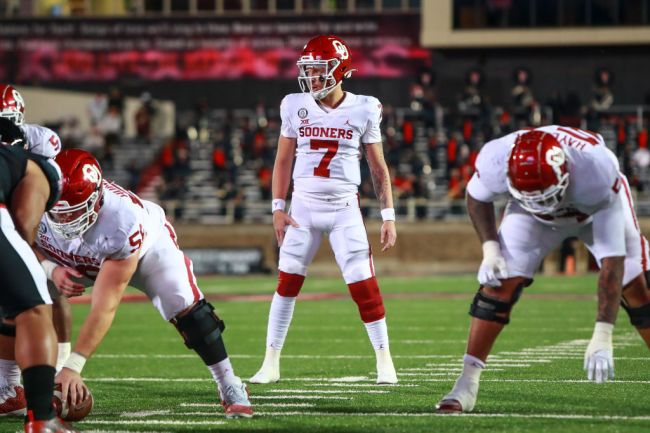 Rattler also wore the brace against Kansas, Oklahoma State and Baylor in the 2020 regular season, as well as the 2020 Big 12 Championship Game against Iowa State. He also had the brace for the Cotton Bowl against Florida on Dec. 30, 2020.

Come Oklahoma’s spring game on April 24, 2021, Rattler was wearing a less-protective brace in a no-contact game: 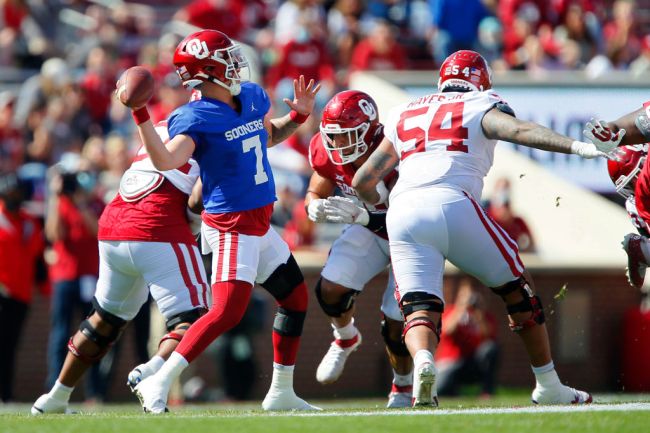 Four months later, Rattler returned to the larger brace for the Sooners’ season opener against the Green Wave.

He also had it on against Western Carolina in Week 2: 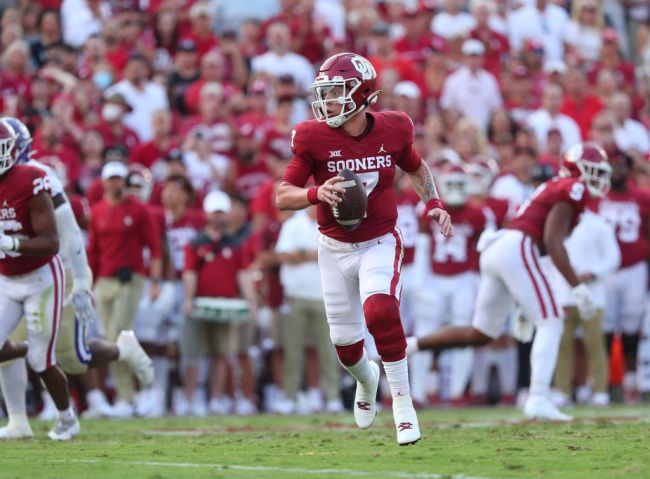 As Tice pointed out, Rattler also wore the brace against Nebraska. During that same game, another astute Oklahoma fan noticed that Rattler might have been cautious on his left knee.

@SoonerScoop just me, or does is seem like Spencer Rattler isn’t driving off his left knee when he throws?

When the following week rolled around and Oklahoma played West Virginia on Sept. 25, 2021, Ratter was sans-brace: 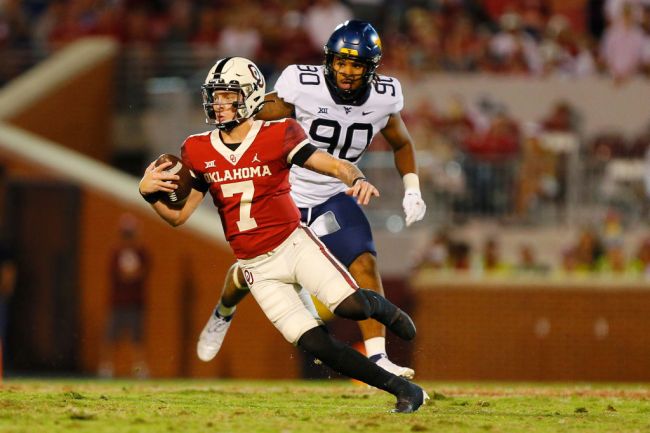 Rattler did not wear the brace against Kansas State nor did he wear it against Texas last weekend.

There has been no official indication that Rattler has been dealing with a knee injury. But if he wasn’t dealing with at least some sort of discomfort, why would he have worn a brace on only one knee for 329 days?

It certainly seems like there could be something more to Rattler’s struggles. We may never find out, but it seems possible that Rattler’s left knee has been causing him trouble.