A Panel Of Experts Picked The Top 10 College Football Players Of All Time, Fans Were Triggered 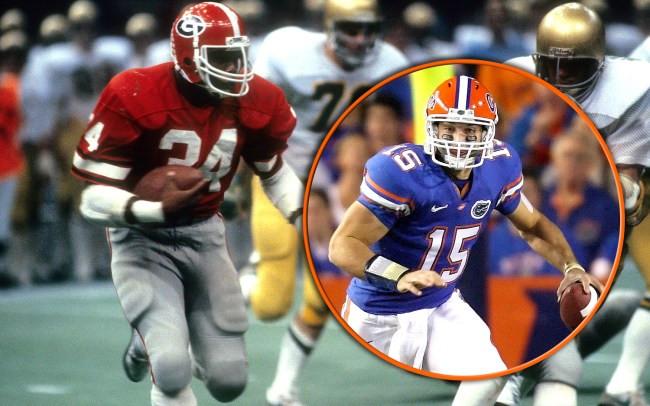 Let’s get this out of the way right off the bat. Picking the top 10 anything and then publishing it for internet consumption is a fruitless endeavor at best, and the epitome of trolling at its worst.

As we have seen time and time again, whether its something as specific as best movie trilogies or more broad like best Marvel characters of all time, it’s just begging people on the internet to call you stupid, or worse.

It’s even worse when it comes to ranking anything related to sports, especially college football. Because as we have seen, football fans are not always the most restrained when it comes to sharing their opinions.

On Wednesday, in celebration of college football’s 150th anniversary, The Sporting News asked a panel of 54 college football experts – former players and media members – to vote for their top 10 players of all time.

The results of their poll, at least in the opinion of the internet, are dubious at best.

The internet, as is often the case, was not pleased.

Nebraska #Cornhuskers Tommie Frazier is at #8 in the Top 10, which should have included Johnny Rodgers & Ndamukong Suh as other #Huskers to have made at least honorable mention among college football's best players.#GBR #Ballers #BestOfTheBesthttps://t.co/9LJoSv63vD

Interesting. I guess my glasses were too red tinted. I totally expected to see Lamar in the bottom of the top 10 and to not see him even get mentioned seems like a smack in the face to everything he did.

Why would you put Tommie Frazier?Seriously😂. Thorpe and Grange should also have not made Top 10.

Orlando Pace should be higher. O-Linemen get overlooked.

Sorry but there’s Barry Sanders then everyone else.... pic.twitter.com/OOmKVAIPCq

The only two time Heisman winner is 5th? Ok 🙄

#FrankOpinions Sporting News released its list of the Top 10 college football players of all-time. These were the top 4. Who should be #1?