Which Marvel Characters Are The Best Of All Time? Marvel And Their Fans Do Not Agree 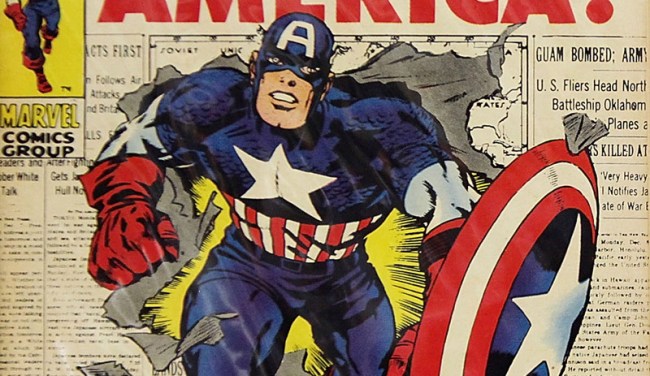 With Black Panther dominating the box office — it’s on its way to becoming the highest-grossing Marvel Cinematic Universe movie ever — the folks over at Yellow Octopus got to wondering which MCU characters fans like the most and which ones have the best traits.

Between the release of the new Ant-Man and the Wasp trailer, Black Panther’s debut, and the upcoming Avengers: Infinity War, Marvel has been on a tremendous roll lately, but there is still one match up that no one saw coming: the conflict between the opinions of these characters’ makers and those of their devoted fans.

Marvel maintains an official database of its characters, documenting their backstories, battles, and alliances over time. As a part of this trove of character information, Marvel utilizes a rating scale of 1 to 7, assessing the degree to which each hero or villain possesses a number of traits: intelligence, strength, speed, durability, energy projection, and fighting skills.

And while those ratings are nice, fans can also rate each character on the same criteria, and their opinions may times differ wildly from Marvel’s ratings.

Here are some of the study’s more interesting findings:

— Iron Man and Thor are the highest rated Avengers among Marvel fans.
— Despite having the lowest official Marvel scores, Captain America and Black Widow obtained fan ratings of 5.8 and 5.5, respectively, making them the most overrated Avengers.
— Thanos and Dormammu were the highest rated MCU villains, earning an official Marvel score of 6.8 out of 7.

Now let’s take a look at the fans’ ratings vs. Marvel’s ratings for every super-powered MCU character.

As you can clearly see, fans rank most characters significantly higher than do the characters’ makers.

Guardians of the Galaxy characters Yondu, Mantis, and Rocket Raccoon ranked far higher among fans than by Marvel. Fans were also far more generous than Marvel with several of the Avengers, especially Captain America and Black Widow.

On the other end of the spectrum, Vision was the only character that fans ranked lower than Marvel’s numbers.

As far as villains are concerned, fans loved the flaming demon Surtur and Hela from Thor: Ragnarok far more than Marvel and felt pretty “meh” about Dormammu and Thanos.

Next up we take a look at which traits fans think are more or less valuable than Marvel. 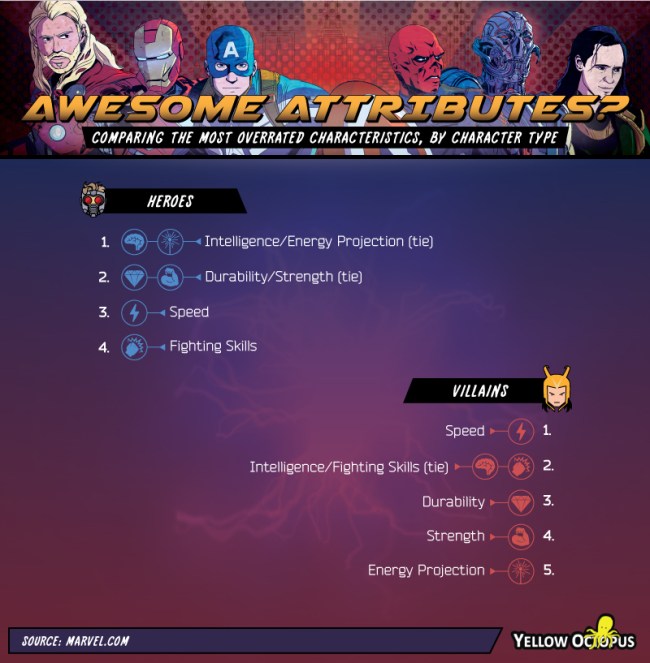 In heroes, it seems, fans were inclined to most often overrate their intelligence and energy projection powers (these traits tied for the largest average gap between fan and Marvel scores).

Now let’s see what fans think of The Avengers, or at least the last group that we saw together, then apart, in Civil War. 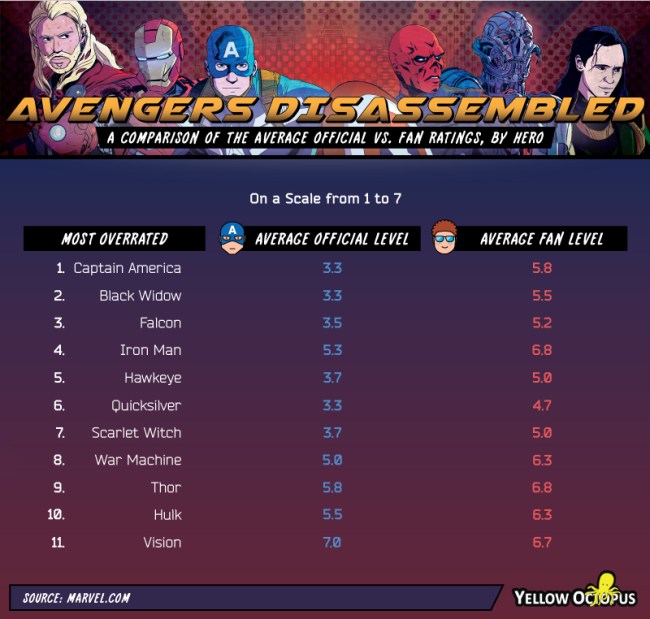 Black Widow and Captain America were the sources of the greatest disagreement, with fans rating them far higher than Marvel does. Falcon also scored exceedingly well with the fans. Hulk and Vision on the other hand…

So what about Marvel’s other superhero squad, the Guardians of the Galaxy? 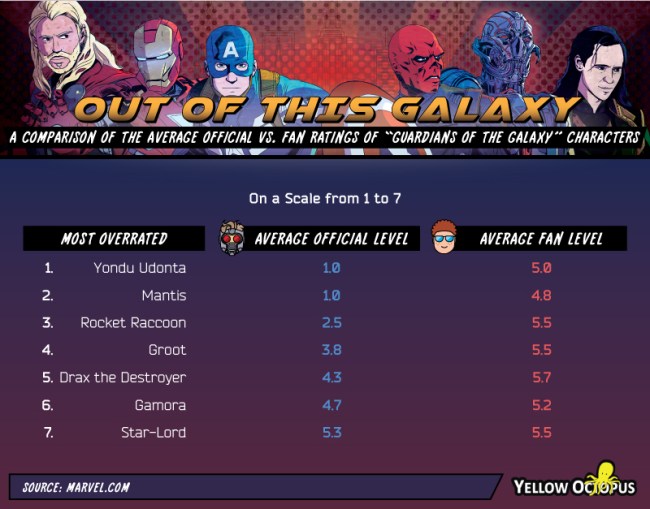 Many of the characters showed a significant difference between fan appreciation and Marvel’s assessment of their skills, with fans being quite a bit more more impressed with the lower tier heroes than Marvel.

Among the villains, the Thor baddies are far more liked by the fans than by Marvel themselves as the three with the highest difference in fan scores being Surtur, Hela, and Kurse. Thanos, Infinity War’s star villain, was the only bad guy the fans actually scored lower than Marvel. 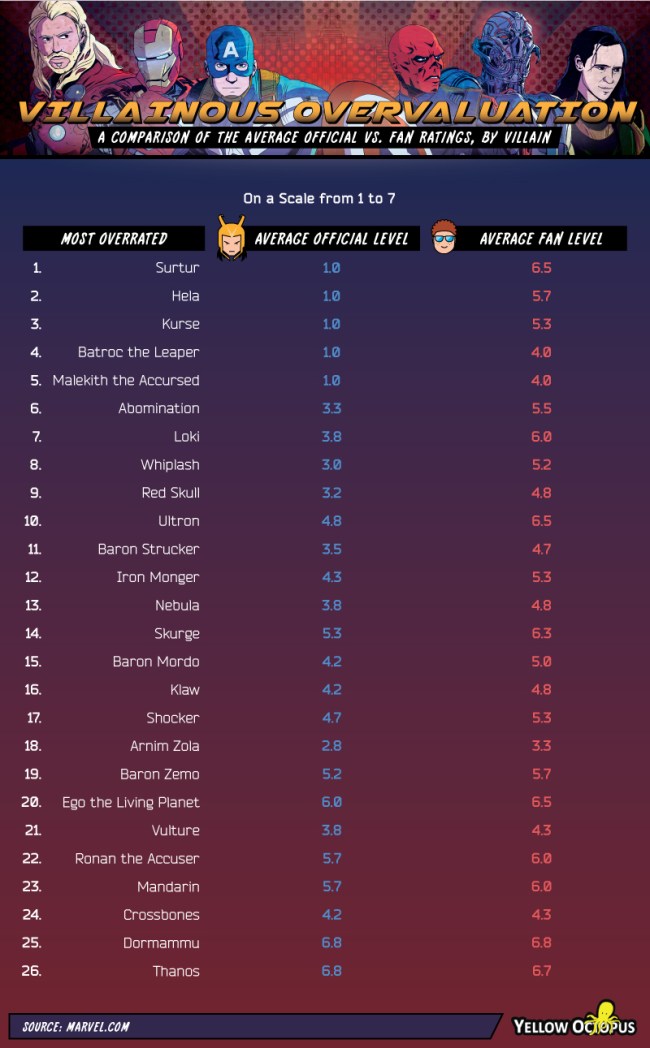 Check out the full study, along with the methodology used here.