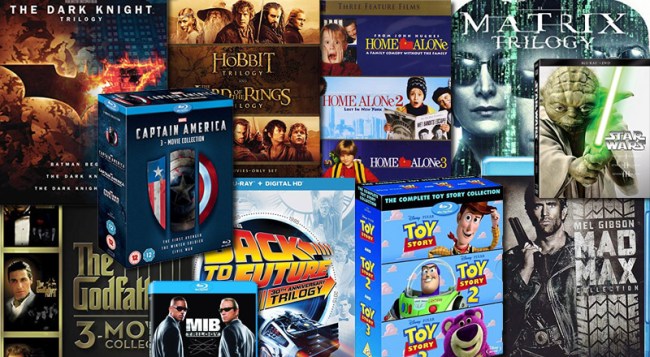 The past half-century has given us a litany of great movie trilogies, but only one can stand out as the best of all time — and the films taking the top spot may surprise you.

A new survey asking 2,000 Americans to pick the best movie trilogy of all time saw the original Indiana Jones trilogy (sorry, Kingdom of the Crystal Skull) named to the top.

The second and third place trophies were awarded to the first three Jurassic Park movies and The Godfather trilogy, respectively.

The surprising results emerged from a survey conducted by Vudu Movies & TV, which also saw Back to the Future and The Lord of the Rings receiving high marks as well.

The survey went on to ask respondents which standalone movies from a trilogy were the best and worst of the bunch.

The first Jurassic Park took home the crown as the best standalone film within a trilogy (38 percent), followed very closely by the first Back to the Future (37 percent), with the original The Godfather (34 percent) rounding out the top three.

Conversely, the worst standalone films in a trilogy were voted to be Men in Black 3 (20 percent), Alien 3 (16 percent), and Back to the Future Part III (16 percent).

But what’s the general feeling people have when they hear a movie they really liked is getting a sequel? According to the results, excitement.

In fact, only 15 percent of respondents reported they’d feel disappointed if they heard that news out of fear it might not live up to the original, but 67 percent reported they’d be excited and optimistic about the new film.

And when it comes to the sequel vs. prequel debate, nearly twice as many respondents said they’d rather a film they like get a sequel (29 percent) over a prequel (15 percent).

“It’s not surprising that the top trilogies are separated by such small margins – they’ve all got great stories, likeable characters, and themes that are pretty timeless. Which is what makes them, and trilogies in general, so powerful. There’s so much opportunity to expand on stories, develop characters, and build excitement with each additional film,” said Amit Balan, Director of Marketing.

The survey also asked respondents to vote on their favorite heroes and villains throughout movie history.

Surprisingly, it saw Hannibal Lecter from The Silence of the Lambs (44 percent) beat out Darth Vader from Star Wars (37 percent) as the best movie villain, and James Bond just narrowly beating out Indiana Jones as the best hero by a very slim margin.

Additionally, the survey revealed a lot about just how deep our love for trilogies goes. Showing your partner your favorite movie is a modern dating tradition, but only one in four respondents (25 percent) were able to confidently say that they share the same taste in movies as their partner.

“There’s definitely something satisfying about watching your favorite trilogy back to back to back. Given the popularity of trilogies on Vudu, we wouldn’t be surprised if a lot of our users fall within that 46%. If people are up to give it a shot, we’ve even got some free trilogies on Movies On Us, including classics like The Karate Kid. Or non-bingers can watch the ever-popular The Matrix for free as well,” said Mitch Tai, Sr. Manager, Movies On Us.

The most surprising fact? One in ten (10 percent) said they’ve actually ended things with a partner because he/she didn’t like their favorite movie. 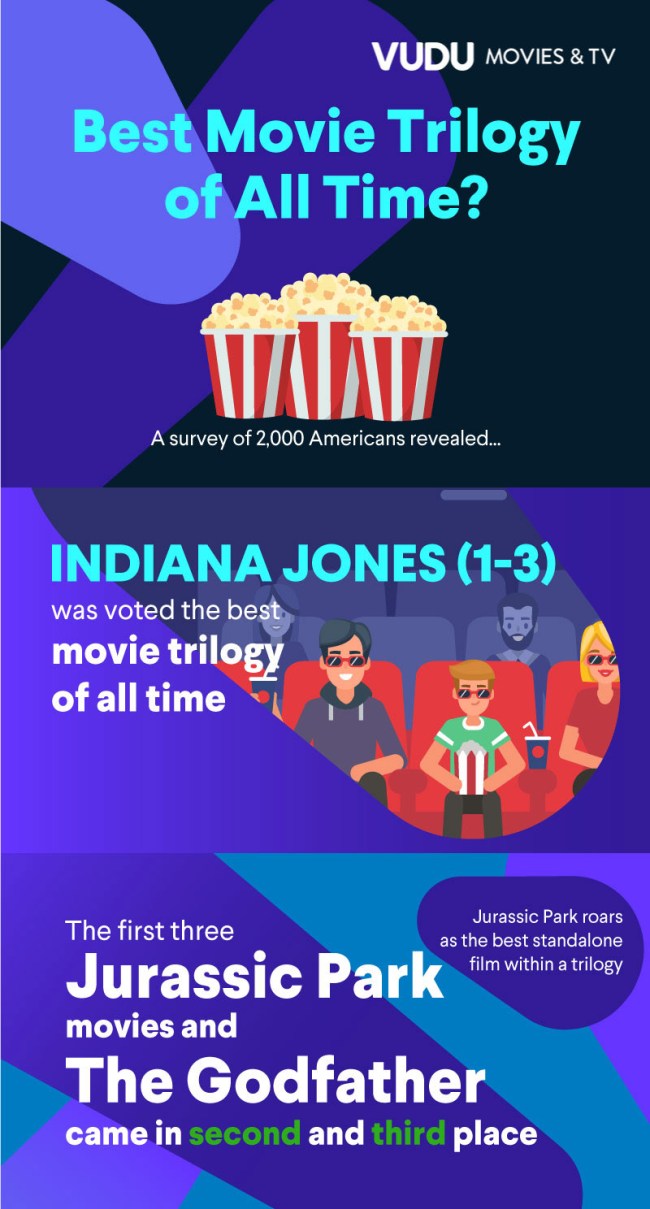