Sports Betting Could Be Bigger Than Legal Marijuana 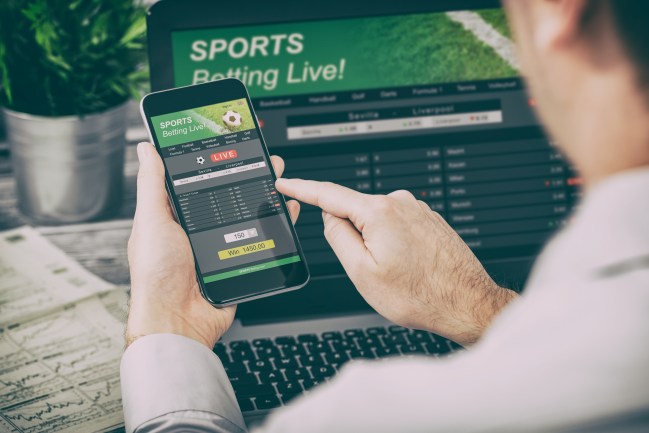 There has been a lot of jibber-jabber over the past several years about how the legalization of marijuana is going to be an economic salvation for the United States. But, even though more than 66 percent of the population supports legal weed, the issue is still struggling to find acceptance at the federal and state level. Many lawmakers are still of the opinion that allowing hard-working Americans to purchase legal highs is only going to further contribute to the decline of civil society. They are worried about giving way to more stoned driving, minor consumption and, god-forbid, laying the foundation for social stoners to make the transformation into full-blown gutter junkies. And that’s an America those bastards will dare not risk.

But thanks to a 2018 verdict from the U.S. Supreme Court, the arena of sports betting is now opening up across the country. This is allowing citizens, both the stoned and unstoned, to wager their hard-earned dollars on all of the athletic events their degenerate hearts can muster. And they are taking full advantage of it too. Some of the latest statistics show that sports betting – a $950 million industry in 2019 – is on the verge of swelling into a giant money-making beast within the next two years – raking in somewhere around $6 billion to $20 billion, according to CNBC. Those could be modest figures, too, as the American Gaming Association estimates the market could reach more than $150 billion annually. Considering that the combined take on medical and recreational marijuana last year was around $12 billion, it is conceivable that we could be looking at a high-rolling nation fiending more for sports wagers than legal weed.

The thing is, while the marijuana industry has been slowly chipping away at a prohibition system for decades – first starting with the legalization of medical marijuana and then transitioning to the spiel where weed should be treated no differently than alcohol and tobacco. But sports betting is just getting started. The ruling from the nation’s highest court struck down a federal law dictating that states could not “sponsor, operate, advertise, promote, license, or authorize by law or compact” sports betting. Before that, only Nevada allowed that kind of action. Now, sports betting is legal in 20 states, with more jurisdictions expected to soon follow suit.

The Bank of America predicts sports betting will reach 50 percent of the population by 2022. It’s an impressive figure, to say the least, one that Casey Clark, senior vice president of strategic communications for the American Gaming Association, says is already on its way to becoming true.

“We’ve seen a really remarkable growth that I don’t think is comparable in any other industry,” Clark told PolitiFact. “That growth is exceptional.”

Interestingly, it was the same U.S. Supreme Court ruling that opened a brand spanking new world for sports betting that many believed was going to help push legal marijuana into a new level of greatness. Since the court basically said, “Hey, Uncle Sam, you can’t stop states from passing their own laws,” many predicted this sentiment would help buoy the legal cannabis market to new heights.

But states haven’t really bought into that angle. There are now only 11 states across the country that allow marijuana to be sold in a manner similar to beer. Of course, 30 or so have passed laws allowing for medicinal use, but many of these programs are so restrictive that it can be difficult for the average person to participate. After all, not everyone has Alzheimer’s disease or epilepsy.

Furthermore, in spite of all of the noise last year about Congress approving cannabis-related legislation, the federal government still isn’t too excited about marijuana. We are still no closer to nationwide legalization than we were years ago. Hell, hemp-derived CBD is now legal nationwide, and yet, the Feds act as though regulating the substance is an impossibility. Still, if legal marijuana was given a fair shake at the national level – something that requires Congressional action — it could spawn a $50 billion market, according to cannabis research firm New Frontier Data.

It could be years, though, before that happens.

But lawmakers understand gambling. It is a relatively simple system to implement. There are no hardcore infrastructure changes needed to get it rolling, and there isn’t much of an elevated risk for the perceived social atrocities, like increased rates of stoned driving, underage consumption and addiction. Well, maybe there is an elevated risk for addiction. Somewhere around 10 million Americans suffer from gambling addiction, according to the North American Foundation for Gambling Addiction Help. That number could skyrocket, too, once sports betting becomes more widespread.

But that doesn’t matter to the suits, because the cash flow that comes from the gaming industry is easy money for states, some of which earn millions of dollars every year taxing wagers. Not to mention, with the addition of online sports betting options like DraftKings and FanDuel Sportsbook, the gaming sect has opened up to a whole new, faceless customer base – those people who gamble exclusively from their living rooms as opposed to casinos and other onsite betting sites. And that’s something that only stands to strengthen to haul of sports betting trade.

Just look to Indiana to see how.

The state, which recently legalized sports betting, saw $440 million in wagers between September and December 2019. A recent article from Legal Sports Report shows that 64 percent of those bets were taken online.

There is always going to be plenty of room in the United States for all of the sins we can conjure up and convince others that we need. It doesn’t matter whether it is gambling, drugs, sex, there will be a ravenous customer base waiting to throw money at it. And with legalization of anything comes easier access, comes more people getting involved, comes more economic possibilities. And if you stare at anything like that from the right angle long enough, it appears to be all good.

Although there is undoubtedly some resistance to sports betting, it just doesn’t come with the same kind of foot-stomping rage as the issue of legalized marijuana. Therefore, we could presumably begin to see more states in the coming years start to embrace the tax revenue from this gambling sect rather than the growing and selling of weed. Not that the cannabis industry is going to stop trying to prove us wrong anytime soon. And to them, we say, bring it on. The more ways we have to escape the clown shoe revival that is the pulse of this great nation right now, the better.