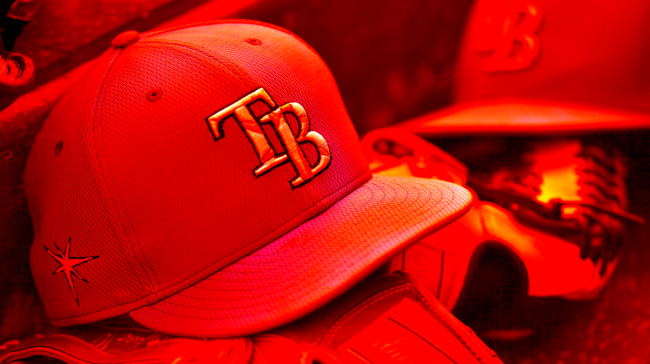 According to The Associated Press, Patz will now face sentincing on charges of transmitting threats in interstate or foreign commerce.

Patz was initially charged with the crimes in 2020 after making numerous anonymous threats to athletes and their family members on Instagram.

The FBI reported that the messages included threatening to visit athletes’ homes and beheading them or their family members.

“I will cut up your family … Dismember [them] alive,” prosecutors say he wrote.

The Tampa Bay Rays lost a home baseball game in July 2019 to the Chicago White Sox. An account linked to Patz later sent threatening Instagram messages to four players for the Rays and one player for the White Sox, according to authorities. None of the players were identified by name, only initials.

“Your family will be beheaded,” said one of the messages, quoted in the criminal complaint.

Other threats from Patz prosecutors shared in court documents included, “I will kill your entire family … Everyone you love will soon cease,” and “I will enter your home while you sleep … And sever your neck open.”

FBI investigators also say they discovered articles on the internet where Patz claimed to have won more than $1 million betting on sports just prior to his arrest.

Following his arrest, Patz still continued to send threatening messages to athletes for about year, say investigators. Those threats included messages to two players on the New England Patriots after they defeated the Los Angeles Rams in the 2019 Super Bowl, reportedly costing Patz $10,000.

Numerous other athletes were also allegedly threatened by Patz, according to the complaint against him, including messages to members of the Atlanta Braves, the San Diego Padres, the Oakland Athletics, the Cleveland Indians, the Baltimore Orioles, the Kansas City Royals, and the Swedish women’s national soccer team.

Patz now faces up to five years in prison. A sentencing date has yet to be set.