Four Sports Gamblers Are One St. Louis Blues Win Away From HUGE Paydays Because They Bet On The Longshot 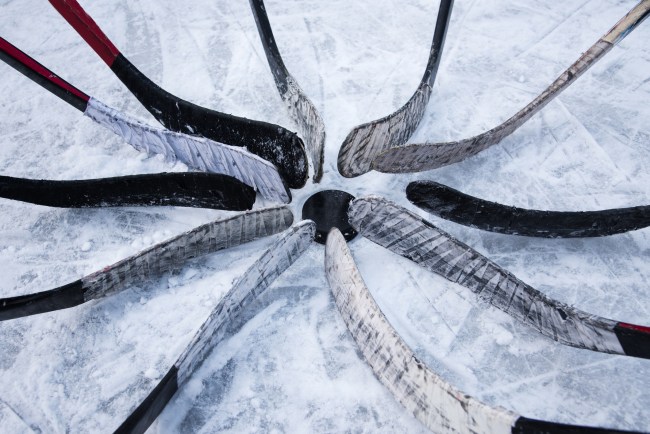 After taking Game 5 last night of the NHL’s Stanley Cup Playoffs to edge the Boston Bruins and take a 3-2 lead in the 7-game series, the St. Louis Blues are now just ONE win away from hoisting Lord Stanley’s trophy.

The St. Louis Blues opened the season with an expected 95.5 points (from Vegas). They finished the regular season with 99 points. The start to the 2018/2019 NHL season did NOT go well for the Blues and on January 28th after slipping into last place their odds to win the Stanley Cup Playoffs peaked (not in a good way). St. Louis is now -290 to win the Cup and they have two chances to close out the series, on Sunday at home or next Wednesday in Boston.

The Blues have been in the NHL for 52 years, made the Stanley Cup Finals three times, but this could be their first-ever win. It’s HARD to bet on a team like that when 1) they’ve never done it before and 2) they were in last place in January but a few bettors out there threw some money on St. Louis to win the Cup and they’re now one win away from huge paydays.

One gambler put $400 on the Blues in January when they were 250-to-1. If the Blues win 1 of their next two games he will take home $100,000. According to For The Win, he’s chosen NOT to hedge his bet and he’s turned down a cash payout from the sportsbook ahead of time:

$26,420: the amount of money that was offered for this Blues #StanleyCup ticket, which was rejected by the owner.#STLBlues trail Bruins 2-1 w/ Game 4 tonight in St. Louis. pic.twitter.com/J3VeMWwXuX

There’s another gambler out there who spent $200 on the Blues and is one win away from fifty grand…on a two hundred dollar bet!

There’s also two brothers (in law) in St. Louis who dropped $10 on the Blues at 150-to-1 to win the West and the Stanley Cup. The first bet has already paid out BIG time so they’re sitting real pretty and if the Stanley Cup bet hits they’ll take home ANOTHER $6,000 on their ten dollar bet.

For more on these crazy bets, you can visit For The Win.