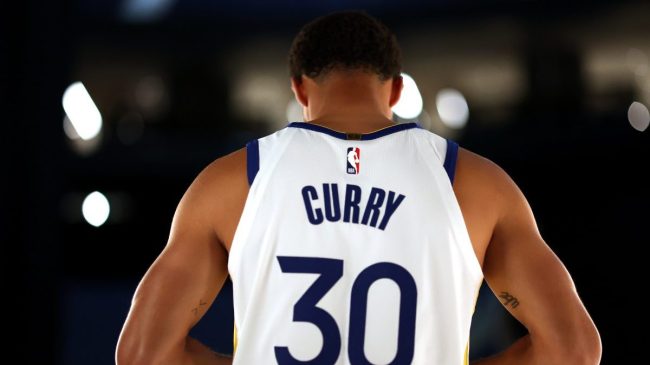 As the reigning NBA Finals MVP and one of the league’s biggest stars, Steph Curry has quite a bit of sway with the league office.

The Golden State Warriors superstar put that pull to good use recently in a discussion with NBA commissioner Adam Silver.

Curry revealed recently that he called Silver following news that the league had suspended Phoenix Suns owner Robert Sarver. Sarver’s suspension came after a lengthy investigation revealed multiple incidents of workplace harassment as well as the use of a racial slur at least four times.

But many of the league’s stars weren’t happy with the suspension. They wanted Sarver forced to sell the team similar to former Los Angeles Clippers owner Donald Sterling.

Silver explained that the mechanisms for that to happen were difficult, which is why Sarver remained in place as the league’s owner. Though the billionaire eventually faced enough public pressure that he decided to sell the team anyway.

Now Curry is giving fans and media an inside look into what that discussion with Silver was about.

Curry gathered with the rest of his team for Golden State’s photo and media day over the weekend. One of the main topics of discussion was Sarver and the reactions of Curry and his teammates.

The eight-time NBA All-Star had this to say on the matter:

Steph spoke to Adam Silver about the Robert Sarver situation, and says the outcome is “what should have happened.” pic.twitter.com/DGveNiaIok

“I think the outcome was exactly what should have happened,” he said. “Honestly, I thought with the punishment that was handed down, it would have dragged out a little longer, but I’m glad we got to a point where hopefully the team is up for sale sooner than later and can kind of move on knowing that’s where it should be.”

Curry also said he didn’t blame commissioner Adam Silver for the way he handled the situation.

“(I) got (Silver’s) point of view of what decisions and, I guess, mechanisms he had to intervene and bring down a punishment that was worthy of the actions that we were all responding to and representing the league as a whole and protecting the integrity of the league and the standard that we set terms of from execs, ownership, all the way down to players. There should be a standard around what’s tolerable and what’s not.”

While it may not have been the path he envisioned, the future Hall of Famer seems satisfied with the outcome.