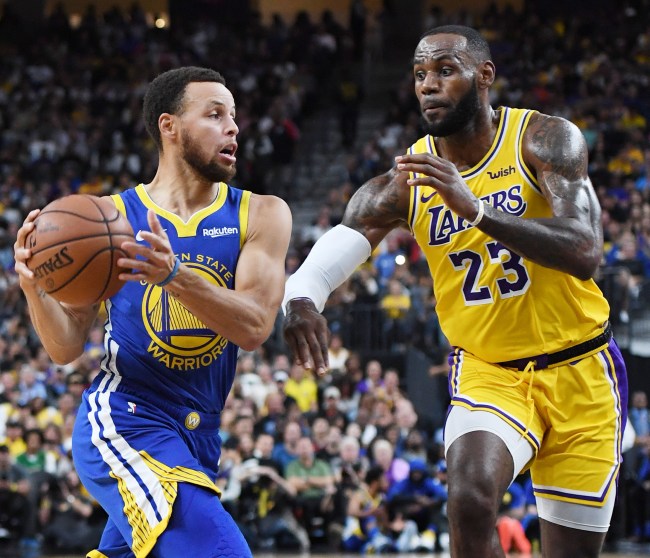 LeBron James’ sequel to “Space Jam” is reportedly beginning production this summer and according to several reports, the Lakers superstar found it hard to find stars to appear in the movie.

“In all honesty, he’s been recruiting players to come and try to be in ‘Space Jam’ with him this summer,” “and he hasn’t been able to close some of those deals. Some of the top guys he wants to come and be with him in the movie … [are saying], ‘You put me in the movie where you’re the star, I’m gonna be the one you’re dunking on.'”

Last week we finally learned who is going ti the main cast in “Space Jam 2” and while LeBron wasn’t able to get the biggest names in the NBA like KD and Steph Curry to join him he was able to convince Damian Lillard, Klay Thompson and Anthony Davis to star in the movie with him.

Steph spoke with the New York Times and revealed that he had several discussions about joining the film but ultimately the timing didn’t work out.

Curry on Space Jam 2: It was "for sure" hard to turn down. pic.twitter.com/ZDOVZXaul0

I know LeBron and Ryan Coogler are going to be doing amazing things. It’s going to be awesome,” \”Part of it was in terms of things that I had going on. It was just the timing, to be honest. Not being able to commit. And I know Ryan really well. We had a lot of conversations about it.” “He’s at every playoff game,” “Obviously, that’s hard to turn down. The guy does amazing work.”

No lie it would have been pretty cool to see Steph in Space Jam 2.