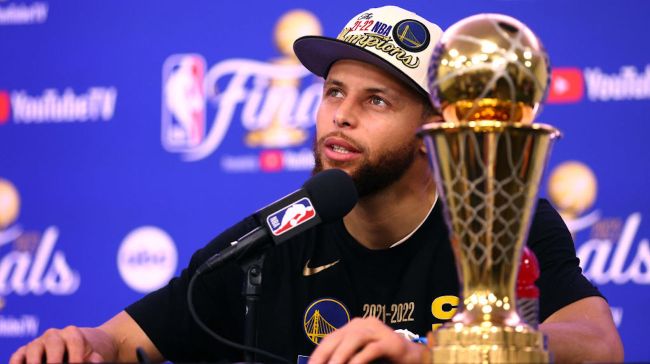 Steph Curry is not only one of the greatest NBA players of all time, but he’s apparently also one of the most connected as the 34-year-old sharpshooter received a phone call from none other than former United States President Barack Obama following the Golden States Warriors’ most recent NBA title win. Curry and Barry O. have established a friendship over the years as golf buddies.

As Curry was still standing on the court following the Dubs’ 103-90 Game 6 victory to clinch their fourth NBA title in eight seasons (yes, Bill Simmons, that’s absolutely a dynasty), he hopped on the phone with the 44th President of the United States, which allowed nearby cameras to at least pick-up Curry’s part of the conversation.

“Thank you so much, man. You know, from the last time I saw you, just how far away this actually felt. Man, this was special. This was special, I appreciate you,” Curry said.

Steph received a celebratory call from Obama after winning the championship pic.twitter.com/iMFfL1K17k

In addition to his legacy-altering fourth NBA title, Curry also took home his first-ever NBA Finals MVP award. During the Finals, the 34-year-old Curry averaged 31.2 points, six rebounds, and five assists per game, leading the Warriors to a 4-2 series victory over Jayson Tatum, Jaylen Brown, and the Boston Celtics.