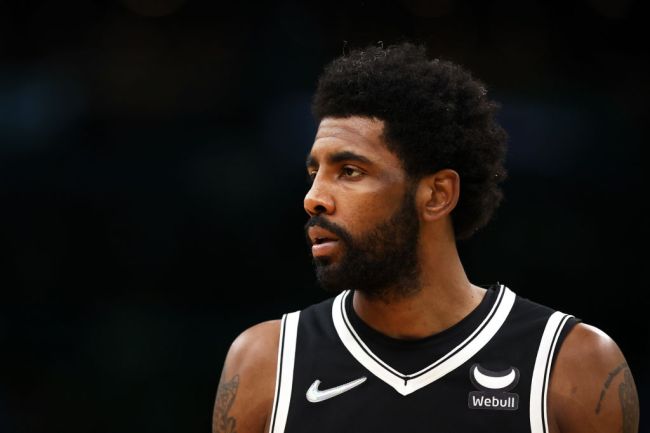 In the few days since the Brooklyn Nets were eliminated from the NBA Playoffs, discussions of the team’s failures have centered around Kevin Durant and Kyrie Irving.

KD’s reaction to the conversation was to point out the somewhat similar shortcomings of Charles Barkley’s career. Kyrie Irving has taken a slightly different approach.

Kyrie decided to go on a series of Twitter rants about the way he and others are portrayed by the media and something about puppet masters.

When I see my name or my brothers/sisters names getting spun through the media, I refer to all my research about who they are.
Their job is to CONTROL PUBLIC PERCEPTION, all while profiting off discussing, discrediting, and disrespecting people’s lives for entertainment.

I send shots at the puppet masters, not the puppets. All puppets do is run around society, trying to gain popularity and state opinions. What a life! 🤷🏾‍♂️

My name is worth billions to these media corporations. My brothers and sisters who deal with this know exactly what I mean.

It should come as no surprise that Stephen A Smith, who has been very critical of Kyrie Irving recently, had a lot to say about to say about the point guard’s social media posts. He went on a long rant on this morning’s “First Take” in which he called Kyrie “one of the most delusional athletes in American history”.

It’s easy to see why Stephen A would have some strong feelings about Kyrie’s take here. The reality of the matter is Kyrie made a decision and that decision hurt his team. There’s no way around it.

He even came out the other day and said the Celtics have been gelling since Christmas. Kyrie Irving wasn’t playing basketball at Christmas. Now he just has to deal with the fallout from that.