This Stephen A. Smith Tweet Might Piss Off Cowboys Fans Even More Than Awful Loss To Browns 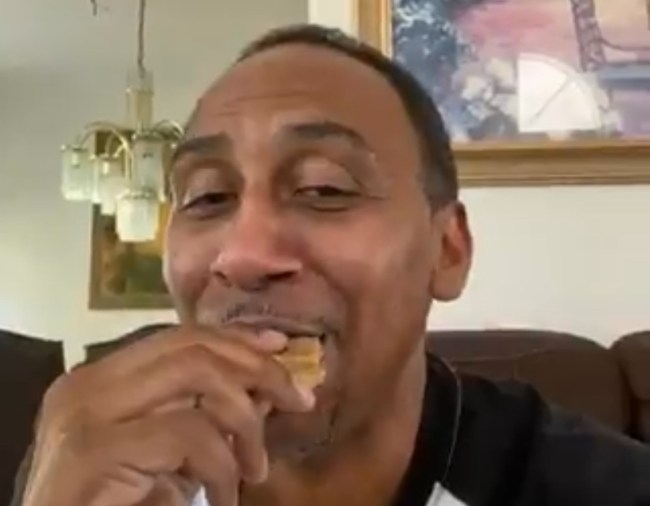 Stephen A. Smith is celebrating the Dallas Cowboys loss to the Cleveland Browns with some milk, cookies and trash talk.

The video starts with Smith taking a bite of a cookie and laughing right at the camera.

“How y’all doing?” Smith asks, unable to control his laughter.

“Forty-nine points? That’s what the Cowboys gave up to them Cleveland Browns?”

Smith is having a grand time dancing on the Cowboys grave after a 1-3 start – that really should be 0-4 if the Falcons weren’t the Falcons.

In predictable fashion, Cowboys fans already want coach Mike McCarthy fired and the team is in such turmoil LeBron is suddenly a Browns fan again.