Stephen A. Smith Gets Dragged For Not Knowing Anything About Football After Hilariously Bad Error About The Cowboys 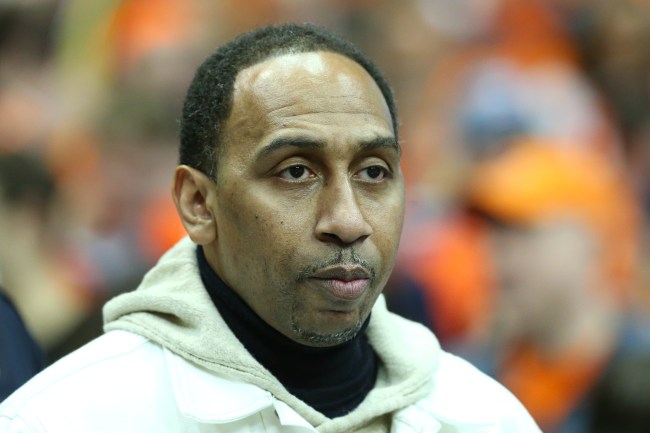 It has been widely reported that Stephen A. Smith is primed to become the richest on-air personality in ESPN history when his current contract expires in 2021. Mr. ‘Stay Off The Weed’ is primed to make in the $8-$10 million range, easily eclipsing the salaries of colleagues Mike Greenberg, Michael Wilbon and Tony Kornheiser.

Smith adamantly believes he deserves to be atop the sports media salary mountain because, in his words:

He forgot the last part: “You don’t make as many wildly inaccurate football claims as me.”

In his latest egregious error, Smith spoke about Cowboys new offensive coordinator Kellen Moore as “clearly an upgrade” from Chan Gailey. This is true. Except Chan Gailey hasn’t coached the Cowboys in two decades. That, and Gailey was the head coach, not the offensive coordinator. Smith straight up forgot Scott Linehan existed.

Stephen A Smith said on Monday's episode of @FirstTake that Kellen Moore was "clearly" an upgrade at offensive coordinator for the Cowboys over Chan Gailey.

Chan Gailey hasn't coached for the Cowboys this century. pic.twitter.com/g5AvvvoKoe

The internet totally let the blunder slide and everyone moved on with their lives. Just kidding, Chan Gailey began trending in the United States.

Stroke of genius that the Cowboys' GM Tex Schramm upgraded from Chan Gailey in the offseason. It's made all the difference in Clint Longley's performace so far.

Stephen A Smith said CHAN GAILEY ….. yo this is inexcusable 😂😂😂 he has wayyyyyy too many of these moments to keep trying to defend this. … and y’all take these shows serious? https://t.co/xmykmYcoxj

If someone were to ask me what I expected to see trending, Chan Gailey would not have been my answer. pic.twitter.com/cmvmVUAiCg

Chan Gailey to Kellen Moore…..that’s quite the transition. Moore was 10 years old last time Gailey was on the Cowboys sideline

Between Stephen A saying Kellen Moore replaced Chan Gailey as Dallas's OC (Gailey left 20 years ago) and Max saying just wait til the chiefs get Kareem Hunt back (he's a brown), I don't get how First Take is still on the air. I like Stephen A, but the show lacks credibility.

May we never forget last year when Stephen A. made four blunders in the span of 38 seconds.

-Didn’t know Chiefs’ Spencer Ware was out this week with shoulder and hamstring injuries.
-Didn’t know Hunter Henry has been on the PUP list all season after tearing his ACL before the season began.
-Didn’t know Derrick Johnson no longer plays for the Chiefs. Not only that, Johnson was released by the Raiders in October.
-Didn’t know the Chargers relocated to Los Angeles this season, still referring to them as the ‘San Diego Chargers.’