Stephen A. Smith Reportedly In Line To Become The Richest On-Air Talent In ESPN History 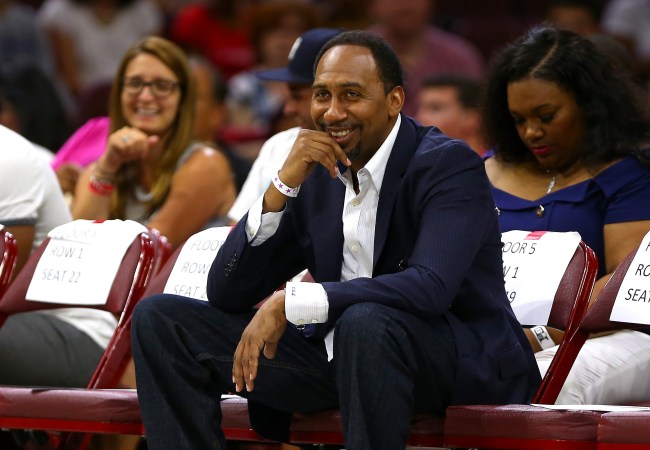 FYI my father has never been proud of me.

Anyway, $tephen Pay $mith is on track to become the highest-paid on-air talent in ESPN history, according to the New York Post’s Andrew Marchand.

The 51-year-old’s contract currently hovers around $5 million a year, but with his contract ending in two years, the Worldwide Leader is reportedly willing to backup the Brinks truck for their loudest talent.

The Post spoke with multiple executives and agents to figure out the number that Smith could garner, and the consensus was in the $8 million-to-$10 million range. By comparison, Mike Greenberg is paid $6.5 million to host “Get Up!,” which is the network’s highest publicly known salary. PTI’s Michael Wilbon and Tony Kornheiser are believed to be in Greenberg’s neighborhood.

“SportsCenter”’s Scott Van Pelt, with his rising late-night ratings, is also considered in the nearly indispensable category in Bristol.

The irony is that while ESPN has tightened its budget for its employees, they are willing to invest in who they believe to be “indispensable” talents.

Smith’s prominent rise did not come overnight. The dude has paid his dues in the realm of sports media.

Stephen A. Smith is about to become the highest-paid talent in ESPN history.

Stephen A Smith walking into ESPN tomorrow with that new $10 Million contract pic.twitter.com/CWieqd8pJb

Stephen A Smith is on the verge of signing the biggest contract in ESPN History and it will pay him around $10 million per year, per the NY Post pic.twitter.com/pqXdjIEi1c