Famously Diehard Hockey Fan Stephen A. Smith Goes Berserk On The Edmonton Oilers For Getting Swept 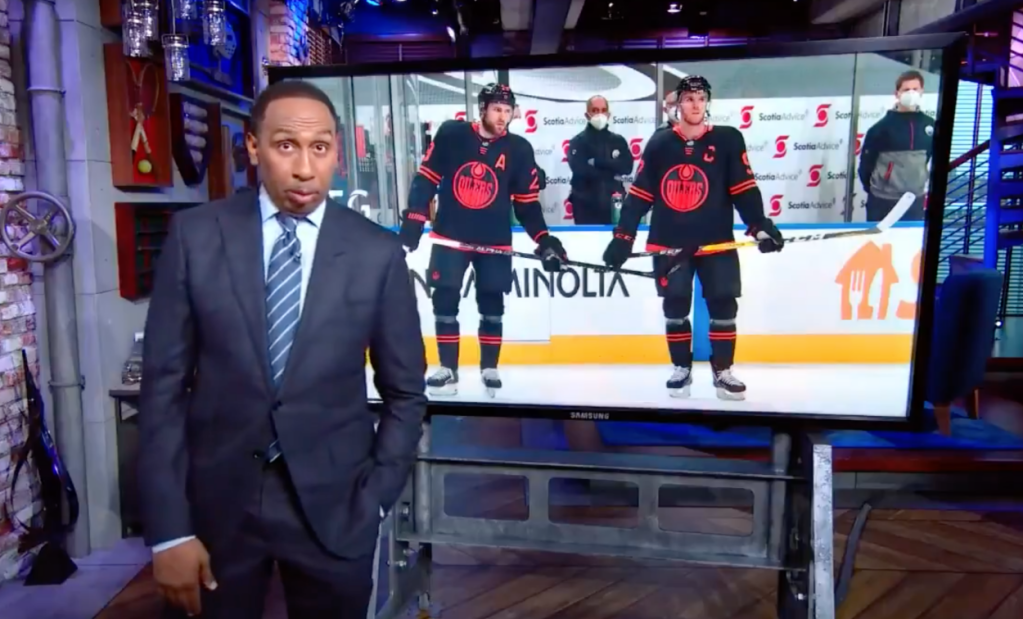 The Winnipeg Jets made quick work of Connor McDavid and the Edmonton Oilers. The Oilers were swept 0-4 in the first round of the NHL Playoffs and Stephen A. Smith took this loss to heart.

The Jets now await the winner of the Leafs-Canadiens series while McDavid, Draisaitl, and the Oilers get to go golfing. For anyone who doesn’t follow hockey, Connor McDavid and Leon Draisaitl finished 1-2 in points this season.

Connor McDavid became the first player to record 100 points in 53 games or fewer since Mario Lemiuex in 1995/96. He finished the 56 game season with 105 points. Leon Draisaitl finished with 84 points. The next closest skater in the league was Brad Marchande who finished with 69 points.

Or if you’d prefer the Stephen A Smith rant from YouTube:

To the outsider, or Stephen A. Smith, it would seem the Edmonton Oilers were STACKED and a force to be reckoned with in the Stanley Cup Playoffs. The issue is that Edmonton can only score when some combination of McDavid-Draisaitl is on the ice and their defense is average AT BEST.

In his mind, hockey is just like football or basketball. If you have LeBron James and Kawhi Leonard on your team then you HAVE to win it all. There’s no excuse for getting swept. This is true in the NBA but that absolutely doesn’t translate to hockey.

Stephen A. Smith really says everything with such confidence that he can say just about anything and people will still believe him. He could talk about nuclear physics and people would still be like ‘yup, Stephen A. Smith sounds convincing’ as he screams at you.

The responses to Stephen’s tweet are pretty good. One guy pointed out that ESPN would be more fun if broadcasters occasionally switched sports out of nowhere for no explainable reason. Here are some more:

He’s a little confused, but he’s got the spirit

He’s already ahead of a vast majority of national sports broadcasters because he admitted he “doesn’t know them/hockey well.” And he basically said they haven’t done squat yet, so I’m good with this! 😁

connor mcdavid post-game quote: "when i die, i want the teammates i competed in the playoffs with to lower me into my grave so they let me down one last time."

Conor McDavid is under contract with the Edmonton Oilers through the 2025/2026 season. There is no indication that the Oilers are going to spend a fortune to help him out on defense or bolster the other lines. But Edmonton fans can remain hopeful.

Also, he doesn’t strike me as a burnout but I was shocked to learn that Stephen A Smith has never smoked weed in his life. That seems rare for most people these days.