Stephen A. Smith Finally Admitted Why Max Kellerman Was Removed From ‘First Take’ 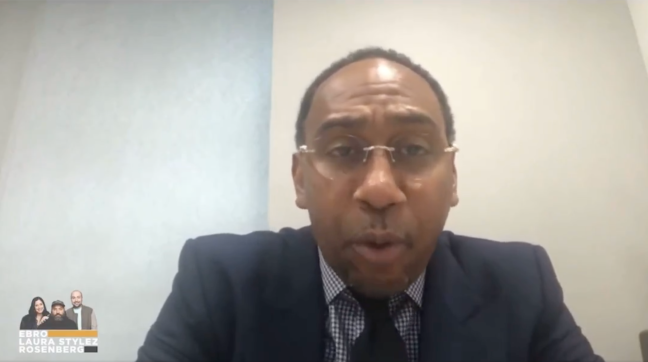 Stephen A. Smith is finally telling the whole truth. The 53-year-old ESPN personality was rumored to have been the voice behind Max Kellerman’s ousting from ‘First Take’ and now we know that to be true.

Per reports, Smith has wanted his co-host off of the show “for years.”

He did not acknowledge the length of his wishes, but Smith owned up to the fact that Kellerman is gone because he said so. His wish was granted in late August when Kellerman got the boot, marking the first exit from the show since Skip Bayless in 2016.

It’s Stephen A. Smith’s world and ESPN is just living in it.

While speaking with Ebro Darden and Peter Rosenberg of Hot 97 radio, Smith revealed the truth behind his desire for departure.

“The rumor’s accurate in terms of me wanting him off the show. Let’s get that out the way. Yes, I did,” he said.

It ultimately came down to chemistry. Sometimes that ebb-and-flow between two people just stalls.

“It wasn’t really about asking him to be off the show, it was about the fact that I knew that we, together, as far as I was concerned, was not a great partnership anymore and that was something that needed to change,” Smith said.

His full response can be heard here:

Stephen A Smith on wanting Max Kellerman to be taken off First Take pic.twitter.com/Zbn846OiLn

The crazy part is, Smith wanted Kellerman out so badly, that they didn’t even have time to phase him out or hire his replacement. Smith wanted him gone, the reports leaked, and boom— he’s being replaced by a rotating chair of faces.

It’s pretty insane just how powerful Stephen A. Smith really is in terms of ESPN and sports media as a whole.