Stephen A. Smith Steps On The Faces Of His ESPN Colleagues, Says No One Deserves To Get Paid Like He Does 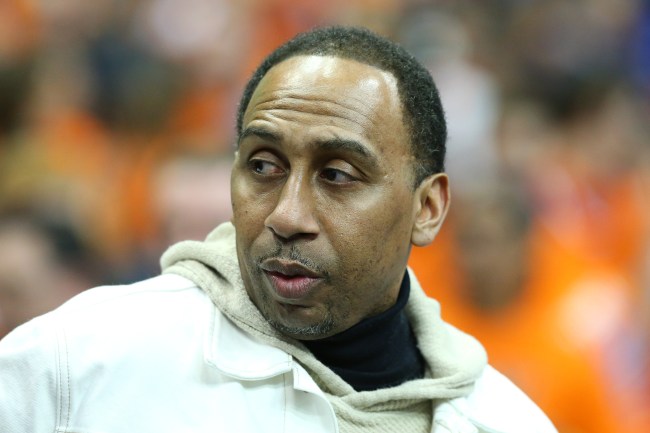 News broke this week that Stephen A. Smith was primed to become the richest on-air personality in ESPN history when his current contract expires in 2021. The man who famously urged professional athletes to ‘stay off the weed’ is in line to receive in the $8-$10 million range, according to multiple executives and agents. By comparison, Mike Greenberg is paid $6.5 million to host “Get Up!” and PTI’s Michael Wilbon and Tony Kornheiser are estimated to be in that ballpark as well.

Stephen A Smith walking into ESPN tomorrow with that new $10 Million contract pic.twitter.com/CWieqd8pJb

Stephen A. Smith abruptly addressed his future salary estimations to Bob Ley at a Seton Hall event. Something tells me he’s going to be a lion at the negotiation table.

“Those who are great get more than those who are not. Let me be unapologetic in what I’m about to say. Everybody at ESPN or in the world of sports media does not deserve to be paid what I get paid. I don’t believe it, I just don’t, and I’ll never apologize for it. I didn’t bust my tail for all these years for somebody to come along late and say ‘Dammit, it’s about fairness. We think they should get paid as much as you.’ What? You don’t generate the amount of revenue I generate. You don’t generate the ratings I generate. You ain’t as popular as me. You don’t resonate as much as me. You don’t deserve what I get ” [via Darren Rovell]

Stephen A. is passionate about his worth because it took him decades to make a solid living in the sports media industry.

Stephen A. Smith is about to become the highest-paid talent in ESPN history.

Get paid, get laid, Mr. Smith.