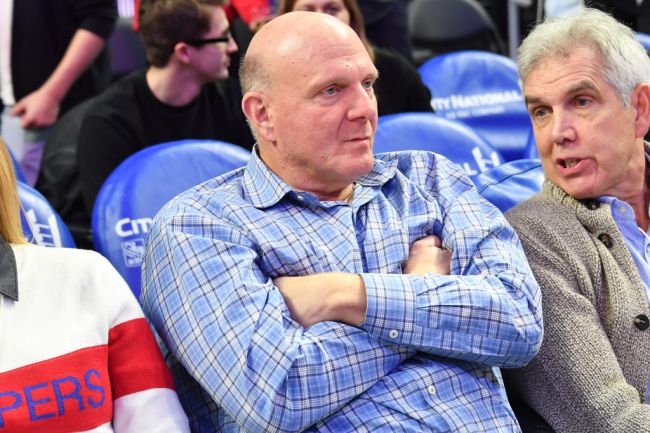 Steve Ballmer seems like that one friend who refuses to get to know your girlfriend and still greets you with dead arms but you keep him around for a dose of chaos and because he’s letting you crash at his dad’s lake house for the 4th.

If this seems like a stretch, try to identify just one of your friends who believes that a duel charley horse is a valid act of celebration.

If Steve did this to me I would pull a Chris Paul and start writhing on the hardwood. A lawsuit should get me at least a slither of that $50 billion.

The most bizarre celebration in NBA history came in response to Nicholas Batum’s three in the final minute of the third quarter, capping off a 10-0 run by the Clippers and cutting the Suns lead to 7.

After that, Ballmer’s former point guard went on an 8-0 run to close the third BY HIMSELF en route to 41. Money cannot buy happiness.

If history repeated itself, Ballmer likely gave his team a stern talking to after there were reports of him going “ballistic” and wanted to clean house after the Clippers lost in the Conference Semis last season.

To be a fly on the wall of that locker room…

Steve Ballmer whenever the Clippers go on a scoring run pic.twitter.com/keDJMQzgdj