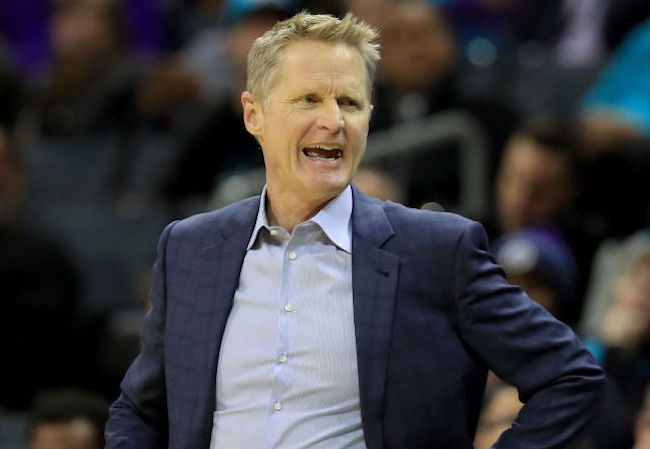 You’d be hard-pressed to find a sports fan who’s jumped on more bandwagons over the years than Drake—much to the chagrin of the teams that have seen themselves fall victim to the curse that seems to befall basically every squad represented in a closet that is presumably home to the jerseys of any organization that’s been a front-runner at some point in the past couple of decades.

The Toronto native would lead to you believe he’s a diehard Raptors fan, and while the rapper was named the team’s official “Global Ambassador” in 2013, he hasn’t exactly shown the loyalty you’d expect from someone bestowed with such a title.

The man who has come a long way since playing a wheelchair-bound character on Degrassi took great joy in trolling the Warriors when they faced off against the Raptors in the NBA Finals in 2019. However, Golden State fans took as much joy in reminding him he’d previously professed his love for the team and he had to awkwardly don an armband to cover up the tattoos he has to permanently honor Steph Curry and Kevin Durant.

Drake has spent plenty of time palling around with members of the Warriors over the years, and as Steve Kerr revealed during a recent press conference, his relationship with some guys has come at a literal cost thanks to a minor incident involving the artist, Curry, and Draymond Green.

According to the coach, the Warriors were slated to fly back to San Francisco following a game in Los Angeles only to hit a snag when two of his stars failed to show up on time. After getting tracked down, Curry revealed the duo were still at the Staples Center with Drake, who’d he’d invited to tag along for a free trip to The Bay.

Sadly, they violated team rules with their belated arrival, which resulted in all three men being hit with a $500 fine Kerr said Drake agreed to pay.

Thank you Steve Kerr for this great @Drake story. #Warriors fans you are going to love this. #ABC7Now #DubNation pic.twitter.com/oaayCxK6hR

It’s unclear when these events unfolded, but you have to assume it happened before Drake dropped $185 million on a private 767 (although when you take the price of operation into consideration, he probably still came out ahead in the end).