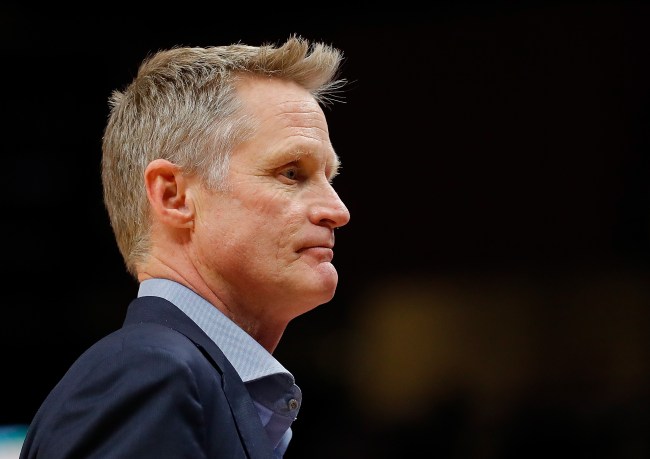 Steve Kerr spent the entirety of his adult life in the absence of his father, who in 1984 was shot twice in the back of his head by two Shia Lebanese militia using suppressed handguns while he served as president of the American University of Beirut.

Kerr was just 18 at the time of the tragedy, a college freshman at the University of Arizona, and didn’t fly to Beirut for services after his father’s death. Instead, he attended practice the following day, using basketball as a release from the pain associated with the atrocity.

“Basketball was the one thing I could do to take my mind off what happened. So I went to practice the next day. I didn’t know what else to do.”

Kerr, a two-time First-Team All-Pac-10 selection at Arizona who in his senior season led the school to its first-ever Final Four appearance, was forced to revisit the calamity in 1988 (four years after the incident) before a rivalry game with Arizona State in Tempe.

Ahead of #TheLastDance tonight on ESPN, Steve Kerr Scouting Video. The Arizona guard shot 57.3% from 3 on 199 attempts (5.2 per game) as a senior. pic.twitter.com/adCo8iqsS0

In a 2016 New York Times story titled, “Tragedy Made Steve Kerr See the World Beyond the Court,” writer John Branch recalled a group of ASU students heckling Kerr about his father’s death, yelling chants of “P.L.O.,” along with “Your father’s history” and “Why don’t you join the Marines and go back to Beirut?”

(P.L.O. was the Palestine Liberation Organization, a terrorist organization with the purpose of the “liberation of Palestine” through armed struggle.)

“When I heard it, I just dropped the ball and started shaking,” Kerr said after the game, according to Branch.

“I sat down for a minute. I’ll admit they got to me. I had tears in my eyes. For one thing, it brought back memories of my dad. But, for another thing, it was just sad that people would do something like that.”

Kerr turned that hurt into utter annihilation, drilling all six three-point attempts and finishing with 20 points in the first half alone in a 101-73 blowout victory.

“He was just so [expletive] angry,” said Bruce Fraser, one of his best friends on the team and a current assistant with Golden State. “But that was Steve. He could turn it toward the court and win.”

On the Monday following the game, Charles Harris, the Arizona State athletic director at the time, sent Kerr a letter of apology.

3 titles with the Bulls

2 titles with the Spurs