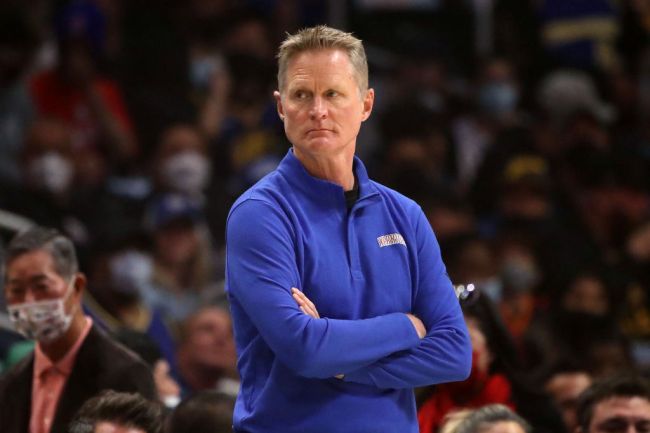 The MVP race is one of the most heavily debated topics in the NBA right now. Nikola Jokic, Joel Embiid, and Giannis Antetokounmpo have all been spectacular this season. None of the 3 have really been able to separate themselves in the debate, but Steve Kerr seems to think there is one player who stands out over the other.

Last night, after losing to Jokic and the Nuggets, Kerr stated that he believes the reigning MVP deserved to win the award for a second consecutive season.

Kerr, while he doesn’t have a vote, says Nikola Jokic should win MVP again this season.

“He was spectacular tonight. Makes all of his teammates better, he makes defense so difficult and he’s playing the game at such an easy pace.”

It’s easy to see why Kerr would think Jokic deserves a second consecutive MVP nod. Jokic is averaging a ridiculous 25.9 points per game while shooting 57.3% from the field, 13.8 rebounds, and 8.1 assists per game. Those numbers by themselves are MVP-worthy. He also put up 32, 15, and 13 agains the Warriors last night.

Then you factor in his actual value to his team. The Nuggets are currently only 4.5 games back of the #2 seed in the Western Conference in spite of the fact that Jamal Murray hasn’t stepped on the court this season and Michael Porter Jr. has only played 9 games. Nikola Jokic is the reason they’re still 13 games above .500.

However, there are compelling cases to be made for the other two as well. Joel Embiid is leading the NBA in scoring and averaging 11.2 rebounds per game while carrying the 76ers to the 2nd best record in the Eastern Conference.

This MVP race will remain heavily debated until the end of the NBA season, but it looks like Steve Kerr has already made up his mind on who should win the award this year.