Steve Stricker Hopeful Tiger Woods Can Be A Part Of U.S. Ryder Cup Team In Some Capacity 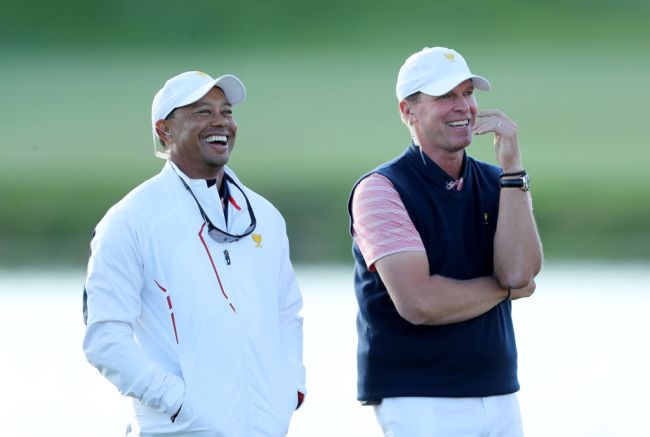 While it’s still unknown as to what caused Tiger Woods to crash his car on the morning of February 23, we do know that Woods’ injuries are non life-threatening and that he is recovering after undergoing surgeries.

With that thankfully being the case, some are looking ahead to what Woods’ future in golf may hold. The 2021 Ryder Cup is coming up in September and with Woods’ good friend Steve Stricker serving as the captain of the U.S. Team, he was naturally asked at this past week’s Arnold Palmer Invitational to offer any updates he’s maybe heard about Woods.

“Obviously he’s a friend of mine. I’m trying to keep up on what’s going on with him. I haven’t heard too much lately,” Stricker told Golfweek. “We’re all pulling for him.

“We’re thankful that he’s alive. I don’t know who said it, but that his kids continue to have a father. Something even more tragic could have come from that.”

Stricker was also asked about the possibility of adding Woods as a vice captain for the Ryder Cup – he’ll likely add two more names to the bunch – and revealed he’d love to have him there in some capacity.

“I’d love to have him around. I’m hoping in one way, shape or form,” Stricker said. “But it’s too early to kind of commit to anything.”

Stricker speaks for every golf fan; everyone would love to see Woods at Whistling Straits in September.

Heading into The Players this week, the top six in the U.S. Team standings are Dustin Johnson, Brooks Koepka, Collin Morikawa, Bryson DeChambeau, Xander Schauffele, and Justin Thomas. Stricker will get to make six captain’s picks to fill out the 12-man squad later this year.