According To Massive Study, Major League Baseball Umpires Missed Over 34,000 Ball-Strike Calls In 2018 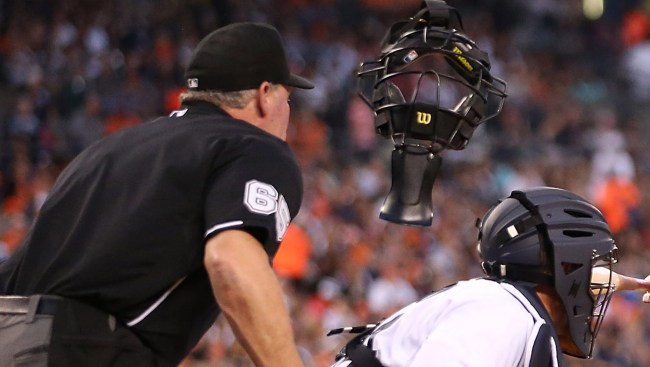 How many times have you been watching a Major League Baseball game and thought that a pitch an umpire called a ball was a strike, or the pitch he called a strike was a ball? Dozens? Hundreds? Thousands?

Depending on how many Major League Baseball games you watch that number could literally be in the thousands, according to a ridiculously detailed new study by Boston University researchers.

First off, let’s just say right off the bat (pun intended) that being a baseball umpire is a very difficult job, especially at the Major League level. However, as hard as it is, it is their job, so shouldn’t they be good at it?

Some background from the study…

For 2018, there were 89 MLB umpires, all of them with a profile of male, average age of 46 and 13 years of experience. Each season, umpires individually participate in an average of 112 games, one fourth of them (28) from behind home plate, calling about 4,200 pitches. A crew of four umpires is assigned for each game, assuming one of four designated field positions (except for the World Series, when seven umps are used).

Now for the numbers…

Seems like that number should be lower, right? These are professional umpires after all.

Even worse, according to the study, 55 games were ended when umpires made incorrect calls in 2018.

To determine these numbers, Boston University studied nearly four million called pitches over most recent 11 MLB regular seasons using data from triangulated tracking cameras installed in all 30 stadiums that follow baseballs from the pitcher’s hand to across home plate.

Ball location can be tracked up to 50 times during each pitch and accuracy is claimed to be within one inch. Statcast, a MLB subsidiary, is at the center of this system—the backbone of strike zone graphics used during televised and live-streamed games. Called pitches and strike zone overlay were populated from Baseball Savant, Pitch F/X (2008-16), and Statcast data (2017-18).

Some of their eye-opening findings are below…

• For a batter with a two-strike count, umpires were twice as likely to call a true ball a strike (29 percent of the time) than when the count was lower (15 percent).

• Last season, umpires were three times more likely to incorrectly send a batter back to the dugout than to miss a ball-4 walk call (7 percent).

• From from 2008 through 2018, pitches thrown in the top right and left part of the strike zone were called incorrectly 26.99 percent of the time on the right side to 26.78 percent on the left.

• Incorrect calls around the bottom right of the strike zone in 2018 was 18.25 percent.

• None of the top performing umpires had more than five years of experience or were older than 37.

• For the 2018 season, none of the the seven umpires chosen for the 2018 World Series were on the Top 10 performer list.

In conclusion, researchers stated, “Imagine player and fan experience and what baseball would look like if each year the more than 34,000 incorrect calls vanished” and “at minimum, using a tech-assisted approach would produce results no worse than our existing band of MLB umpires.”

Read the entire very in-depth study over at BU.edu.