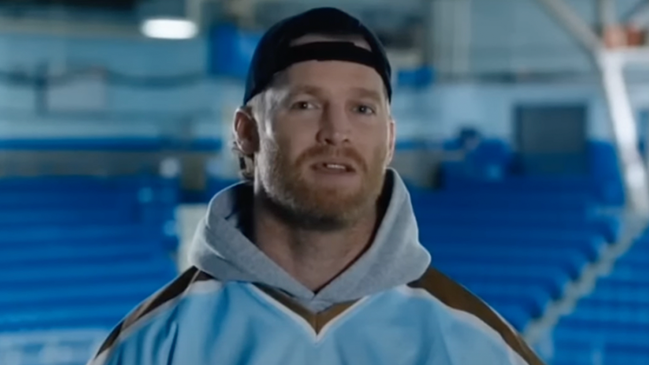 Letterkenny has managed to amass a dedicated legion of fans after debuting on Canadian television in 2016 thanks in no small part to the hilariously eccentric cast of characters who make up the various subcultures that comprise the titular fictional town in rural Ontario.

While Letterkenny isn’t a real place,  a ton of people who grew up or resided in the areas that inspired it have praised it for being a painfully real depiction of what life is like in a remote area where the most popular pastimes are drinking, fighting, and, of course, hockey.

The bulk of the subplots involving that last activity revolve around the consummate Hockey Bros known as “Reilly” and “Jonesy,” who share a locker room with a number of colorful teammates over the course of their journey—none of whom stand out more than the fairly mysterious Shoresy.

Shoresy’s primary role on Letterkenny is to pop up every now and again to deliver some scathing chirps in his signature falsetto. However, the show goes to great lengths to never show his face in order to obscure the fact that he’s portrayed by Letterkenny creator Jared Keeso, who spends most of his time on set playing Wayne, its stoic protagonist.

However, the veil was finally lifted earlier this year when we got our first look at Shoresy, the spinoff chronicling the trials and tribulations of the eponymous bruiser and the other members of the Sudbury Bulldogs, who live a decidedly unglamorous life while playing for the hapless franchise that competes in the Northern Ontario Senior Hockey Organization.

Shoresy was one of the more pleasantly surprising television shows to come out of 2022, as it expertly captured the humor that defines Letterkenny while injecting it with some unexpectedly wholesome energy that helped take things to the next level.

The Bulldogs may not be an actual club, but unlike Letterkenny, the city where they’re based is an actual place located around 300 miles west of Ottawa. In real life, it’s home to the Sudbury Wolves of the Ontario Hockey League—although they’ll be rebranding for one night only after taking advantage of the perfect marketing opportunity.

Earlier this week, the Wolves announced they’ll be donning the same jerseys worn by the Sudbury Blueberry Bulldogs in Shoresy during Friday night’s contest against the Saginaw Spirit.

Fans who attend the tilt will also be able to buy bottles of Puppers beer at the concession stands, and the team will be auctioning off the sweaters after the game to raise funds for NEO Kids, an Ontario-based pediatric medical charity.