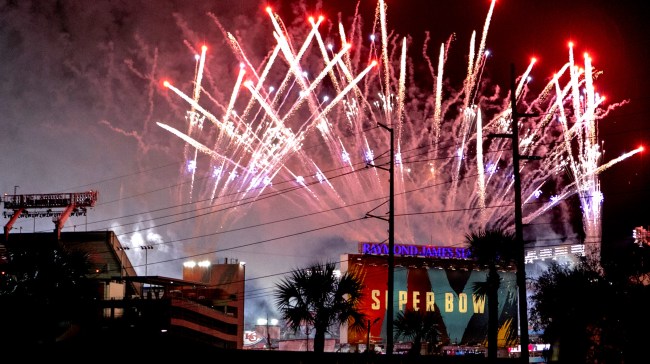 Everyone knows that if you want to attend a Super Bowl, by actually paying for the everything yourself, it will cost a small fortune. Of course, that’s hyperbole. Or is it?

Would you consider one million dollars to be a small fortune? Because, for the first time ever, the NFL has reportedly sold multiple suites at Super Bowl LVI for that very amount.

Whatever the reason, be it a slowdown in the pandemic, the fact that the game will be played in Los Angeles for the first time since Dallas crushed Buffalo in Super Bowl XXVII at the Rose Bowl, or because the game will be played at the fancy new, billion dollar SoFi Stadium, “demand for Super Bowl suites” this year has been “unprecedented,” according to Bobby Gallo, NFL Vice President of Club Business Development.

Gallo revealed to Sportico recently, “We’ve sold multiple Super Bowl suites for over a million dollars to date, and we expect that momentum to only pick up even more as supply becomes almost non-existent and demand continues to increase.”

The previous high for a Super Bowl suite was $750,000 last year for a box at Super Bowl LIV in Miami, according to the NFL. That means in just one calendar year, the league has been able to bump up the price for the most expensive Super Bowl suites by a staggering 33 percent.

The NFL has sold million dollar suites to the Super Bowl for the first time.

That's up $250K from the previous record ($750K for Super Bowl LIV in Miami), despite SoFi Stadium having 90 more suites.

The league’s ability to command seven figures for a suite, despite SoFi having 90-plus more than Miami’s Hard Rock Stadium, reflects the strong demand to attend marquee sporting events in a premium way. Brian Ruede (president and COO, QuintEvents) says his company, which focuses on upscale experiences and big events, is “seeing numbers related to the consumer marketplace that are bigger than we’ve ever seen, by a factor of double. 2021 will be the biggest year in company history, and the indicators going into 2022 are off the charts.” The 2022 Kentucky Derby, which remains more than five months out, is already the biggest Run for the Roses in Quint history, as measured by sales volume. (To be clear, Quint sells Super Bowl tickets but does not participate in suite sales for the game in any meaningful way.)

“Individuals have just had it with being without [sports] for so long,” said John Langbein, a QuintEvents partner. “They want to see it. They want to touch it. They want to experience it. And they are going.” That includes those who make the Super Bowl an annual event but were unable or chose not to attend last year.”

Perhaps even more incredible is the fact that, according to the NFL’s Gallo, despite SoFi Stadium having over 250 suites, there are still people on a waiting list wanting to purchase one.

Maybe they wouldn’t be if that had gotten a good look at some of the food being served there.