Super Bowl 53 Gets A ‘Tecmo Bowl’ Simulation And, If Accurate, We’re In For One Helluva Game 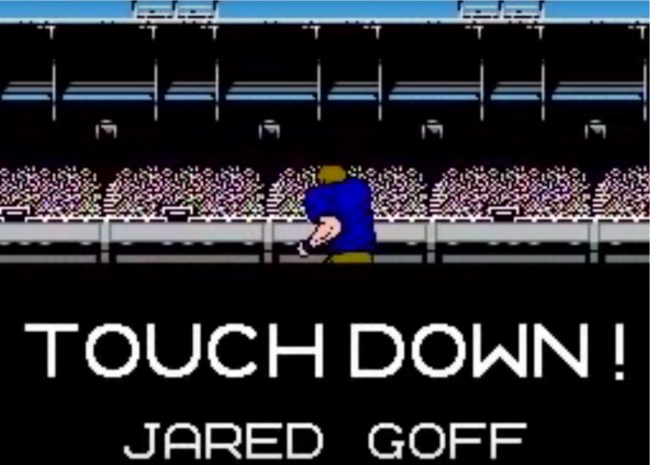 Super Bowl 53 is full of predictions, prop bets and all sorts of analysis, but until the Los Angeles Rams and New England Patriots actually duke it out there on Sunday, none of us have a damn clue as to what might happen. I mean, did anyone really foresee Nick Foles outdueling Tom F’in Brady in last year’s Super Bowl? If you’re saying yes, you’re either from Philly or lying.

But, since we’re impatient AF and don’t want to wait two full weeks between real NFL games that matter — sorry, Pro Bowl, you don’t count — we do all sorts of things to help us have a little fun till Super Bowl 53 kicks off. One of those things? Trying to figure out the outcome from video games.

As I pointed out last week, we’ve already seen what Madden thinks will happen in this year’s Big Game. And, as my esteemed colleague, Connor Toole, recently pointed out, Madden has a long history of trying to predict Super Bowl outcomes, but what about Tecmo Bowl? You know, that old school Nintendo game that we all used to play before these new consoles were around. How would that game foresee Super Bowl 53 going down?

Well, lucky for us, we know the answer, because we got a Super Bowl 53 simulation that was full of drama. Take a look at the YouTube video below to see how it all went down on Tecmo Bowl.

I know that this is just some silly little video game prediction, but, sh*t, with all the back and forth that went on, if the real Super Bowl 53 is anything like this, we’re definitely in for some serious drama come Sunday. Plus, considering everyone craps on the Patriots — unless you’re actually a Pats fan — everyone’s probably happy with Tecmo Bowl‘s outcome.

Guess we’ll have to wait a few more days to see if Madden, Tecmo Bowl or some other wild predictors and wild prop bets come true, and I can’t F’in wait to see how it all unfolds. Super Bowl 53 has the feeling of a Hollywood drama.