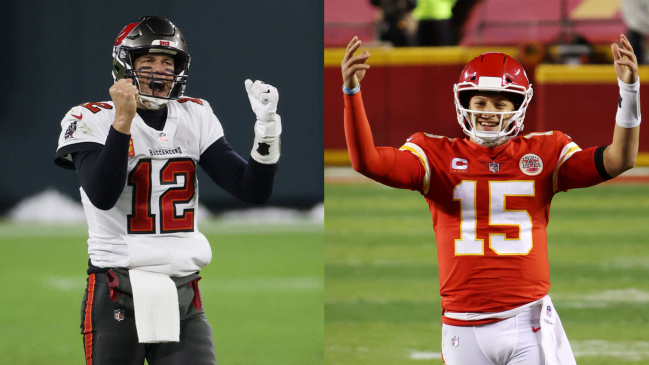 13 of the last 16 Super Bowl champions wore white jerseys in the big game and Tampa Bay will try to continue that trend on Sunday. It was leaked on Friday at the Tom Brady-led Buccaneers might be leaning in that direction, and the team made its uniform combination official on Monday.

Not only did the NFC champion receive the nod as the home team in the 2021 Super Bowl, giving Tampa Bay the first choice of uniform, but it will become the first team to compete for the Lombardi Trophy on its home turf at Raymond James Stadium this weekend. Despite the home-field and home-team advantage, the Bucs went with their away jerseys.

The decision marks only the fourth time in the last 15 Super Bowl matchups that the delineated “home” team will wear its away jersey. Pittsburgh did so in its defeat of Seattle in 2006 and Denver beat Carolina in 2016, but New England and Brady lost to Philadelphia in 2018.

While the Patriots’ loss to the Eagles might seem like a bad omen for Brady’s new squad, he is 4-1 in Super Bowls when wearing white and 2-2 while wearing blue. The fact that we can even compare nin matchups for TB12 is insane in its own right.

As for the 43-year-old’s success with his new team, the Buccaneers went 7-2 in the white jerseys during the regular season and won the Divisional Round and Conference Championship in white. They won the Wild Card game in pewter.

Sunday’s game will be only the second time that a Super Bowl will feature two teams with their dominant color being red. The first red-on-red matchup took place last year, as the Kansas City scored 21 unanswered points in the fourth quarter to come back from a 10-point deficit and beat San Francisco. Interestingly enough, the Chiefs broke the white-jersey winning streak and wore red in the Super Bowl LIV — as they will again on Sunday. They went 8-2 in the regular season and won both playoff games in red this year.

When the two teams met in Week 12, Tampa Bay wore its red jerseys while Kansas City wore white and went on to win 27-24.