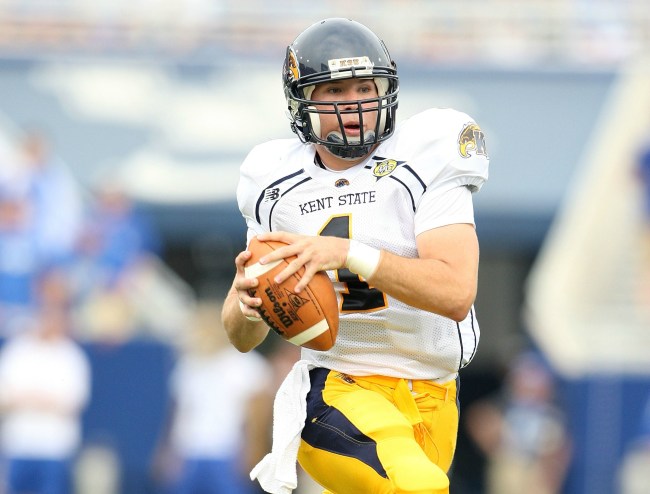 Super Bowl LIII might be pitting the Los Angeles Rams against the New England Patriots, with the starting quarterbacks being Jared Goff and Tom Brady, and one of the key wide receivers being the Pats’ Julian Edelman, but, just 12 years ago, one may have found that a little strange. And, thanks to Twitter, we’re able to relive the reason why.

NFL Network’s Rich Eisen took to Twitter to remind us that, in both 2006 and 2007, Edelman and Rams head coach Sean McVay actually played against one another as players, with McVay playing wideout for the Miami Redhawks and Edelman quarterbacking the Kent State Golden Flashes. This is pretty awesome stuff, guys, so take a look at the box score from both the 2006 and 2007 meetings between the two teams.

Ah… but people forget, @Edelman11 got the W with this performance in 2006! Looks like the Super Bowl will be the rubber match. #MACtion pic.twitter.com/g0xtCUrh9L

Considering Edelman is a Pro Bowl wide receiver in the NFL and McVay is the boy wonder of NFL head coaches, it’s pretty awesome to see how they’ve transitioned from players. I mean, sh*t, Edelman was a dual-threat under center, and McVay was a blue-collar overachiever, and now they’re household names for different reasons; albeit, still in football.

With both Julian Edelman and Sean McVay winning one game against each other back in their college days, as the tweet above says, I guess that means that Super Bowl LIII will be the rubber match between the two 32-year-olds. Sure, Edelman may be taking hits on the field while McVay is calling plays into his quarterback, Goff, but there’s nothing like a little old school MAC-tion to remind us that these two are personally trying to get the best of one another for bragging rights — and the victor gets to raise the Lombardi Trophy, which is pretty F’in awesome.

So, who y’all got to come out ahead in Super Bowl LIII, Edelman the receiver or McVay the head coach?