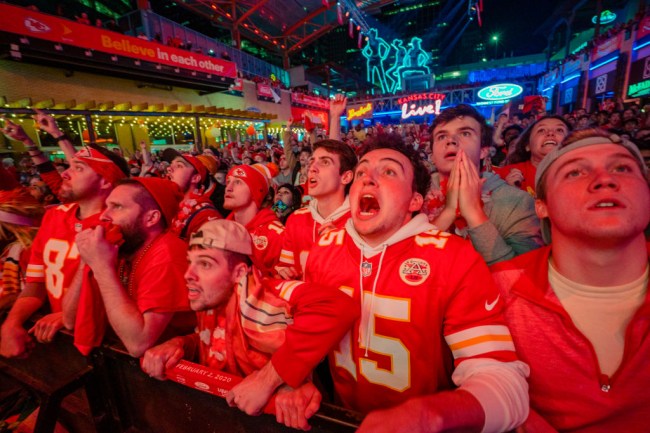 We’ve learned some interesting news here at BroBible this afternoon, according to reports, a lot of people watched the Super Bowl on Sunday night. It may come as a surprise to those outside of Massachusettes, but yes, people did tune-in to the big game despite Tom Brady not being on the field.

FOX is reporting that the Super Bowl LIV had 102 million viewers making it the 10th most-watched Super Bowl in history.

The biggest game of the year lived up to the hype, and viewers around the country took notice 👀

According to NFL analyst Gil Brandt, the game averaged 99.9 million viewers which is a 1% increase compared to last year’s telecast on CBS.

Those are certainly big numbers, but just like every year when these figures come out, I never really know how to react. Maybe it’s because 99.9% of the public (including myself) aren’t affected by these ratings and the difference between, say 99 million and 102 million doesn’t get my juices flowing, but nevertheless, that’s a lot of eyeballs watching a sporting event.

It may have had something to do with the fact that Patrick Mahomes was on one side of the field, along with head coach Andy Reid chasing his first ring, and Jimmy Garoppolo and a rowdy 49ers defense on the other side of the field.

It was bound to be a great matchup and it certainly turned into one in the second half and people took notice.

As for the top markets, Kansas City led the way while San Francisco wasn’t even inside the Top 10.