The Good News Is That Super Bowl Ticket Prices Have Dropped From Last Year, The Bad News Is They’re Still Expensive AF 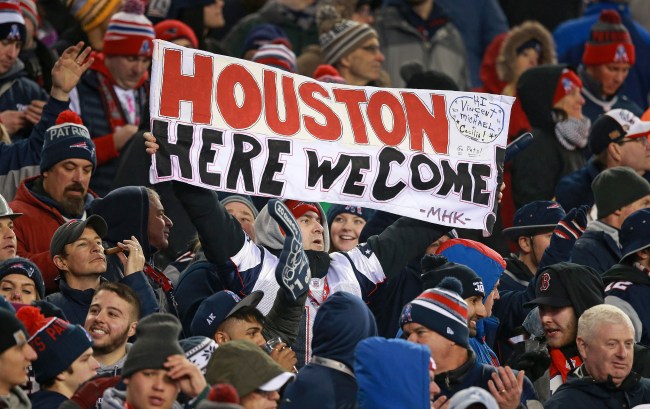 We’re less than two weeks away from the New England Patriots and the Atlanta Falcons playing on America’s biggest stage for all the marbles.

If you’ve been batting around the idea of trekking to Houston to experience the spectacle, you may be motivated to hear that Super Bowl tickets have fallen 8 percent from last year during this exact time, according to Stub Hub. The decline in prices correlates to the buzz around Peyton Manning’s last game and the 50th anniversary of the Super Bowl. It was also in San Francisco, which to many is a bit more enticing that Houston. StubHub also expected a slight decline in ticket prices because of a drop in demand from Patriots fans , who may be suffering from Super Bowl fatigue, says StubHub’s communications manager, Cameron Papp.

Tickets for the 9-5 blue collar worker, however, would still be a couple months worth of paychecks as the average price paid for a Super Bowl ticket this year is $5,089.

As we near closer to kickoff, interest in purchasing tickets continues to grow, especially in the regions of Georgia and New England. Via New York Post,

Ticket purchases by Georgians, whose Falcons are seeking their first NFL championship, have spiked 1,571 percent since last week, according StubHub.

Purchases by Massachusetts fans were up 1,501 percent over the same period.

You rich people have a blast at the game, I’m going to be on my couch eating store brand chips and salsa and pounding skunked Natty Ice.