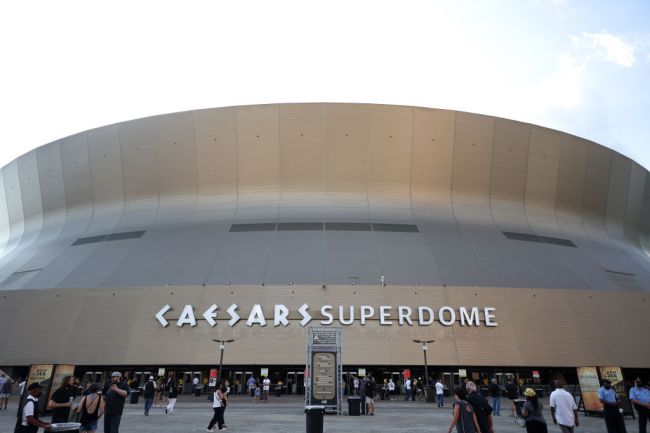 The home of the New Orleans Saints caught fire Tuesday afternoon, causing massive clouds of black smoke to saturate the air for nearly 15 minutes before workers used high-powered pressure washers to extinguish it.

Close up shot of Caesars Superdome

There's fire coming out of the roof of the Superdome. @FOX8NOLA pic.twitter.com/s2NFAgdYTl

The visual of the one stadium worker appearing to soak the fire with a garden hose from 200 yards away is a microcosm of how inferior we are in the face of nature’s wrath.

The @NOLAFireDept is responding to a fire at the @CaesarsDome. Please avoid the area near the dome. pic.twitter.com/mOGOmihszv 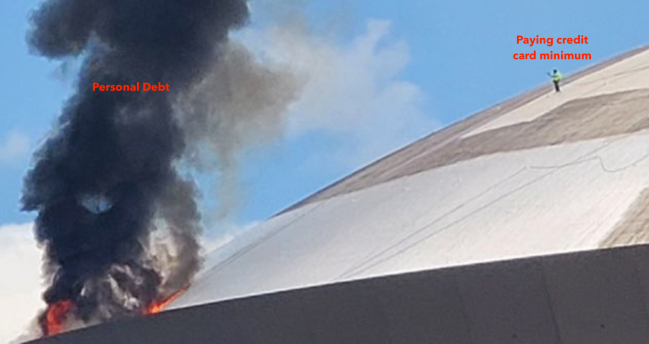 Fox 8 Saints reporter Jeff Duncan said the fire appeared to have started in the “gutter tub” on the roof, with EMS spokesman Jonathan Fourcade claiming one worker is being attended to at the University Medical Center for minor burns. No one else was injured.

Here’s a closeup of the @NOLAFireDept working a fire on the @CaesarsDome roof this afternoon. The fire is now under control. One patient transported with minor burns. 🚒🧯👨‍🚒 pic.twitter.com/qundJjqDaY

Doug Thorton, the vice president of stadiums for ASM Global which manages the Superdome, claims there the fire did not threaten the integrity of the building and crews are currently conducting a full assessment of the damage.

The Superdome is on fire.. very scary situation Ts & Ps to everybody#PatMcAfeeShowLIVE pic.twitter.com/Ob3GteflwP

The Saints have been away from New Orleans since Hurricane Ida ravaged the city. The team is set to return for their home opener in Week 4 against the New York Giants, October 3.

Since no one was seriously injured, I permit you to laugh.

Saints fans at the next home game at the Superdome pic.twitter.com/AATvaeIO76

The Superdome has elected a new Pope https://t.co/qcVj2xOtz6