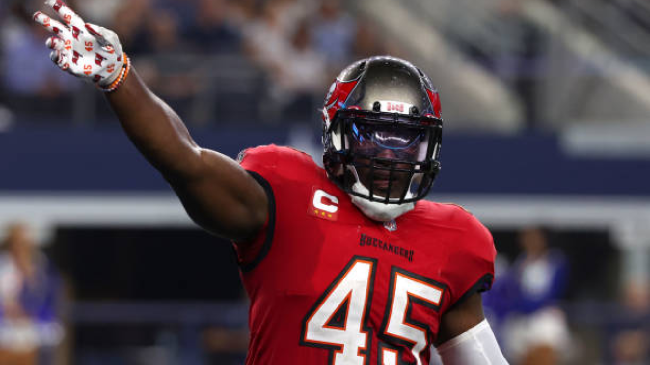 The Tampa Bay Buccaneers defense has to be feeling pretty good coming off of their Week 1 performance.

They went into Texas and held the Dallas Cowboys to just 3 points en route to an easy season-opening win. After the game, Buccaneers linebacker Devin White revealed the secret to how the team was able to sleazily stifle the Cowboys offense.

According to White, the Cowboys offense was very predictable based on what they learned from playing against them in last year’s season opener.

Buccaneers LB Devin White detailed how Tampa Bay was able to have success against the Dallas Cowboys offense on Sunday night based on what they learned against them in last year's season opener.

According to White, the Bucs knew that the Cowboys were mostly going to try to run the ball to the outside rather than try to go up the middle. He said they also know that for the most part they were going to try to hit quick routes when they threw the ball.

This has to be troubling for Cowboys fans to hear coming out of the first game.

If a team can really watch film from a year ago and know exactly how to prepare for your offense, you’re going to have a tough time moving the ball.

The offense is going to be especially predictable for the next few weeks. With Cooper Rush under center, the Cowboys are sure to be running the ball regularly. They’ll need the running game to have some unpredictable wrinkles if they hope to have success on offense.

Luckily for the Cowboys, they won’t have to worry about playing against the Buccaneers unless they find a way into the playoffs.