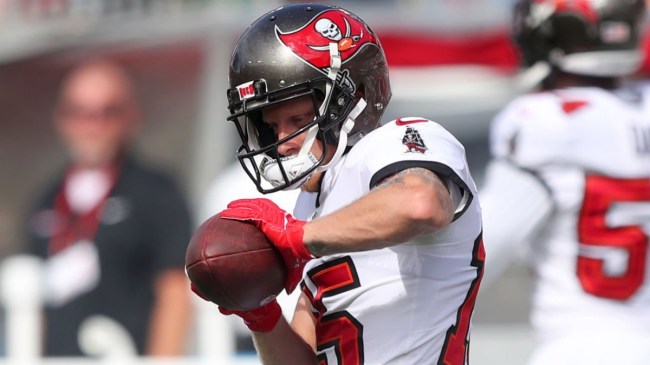 It looks like Cole Beasley’s stay in Tampa Bay is already coming to an end.

After surprisingly remaining a free agent throughout the offseason, a Mike Evans suspension and injuries to most of the Tampa Bay Buccaneers’ receiving corps opened up an opportunity for Beasley.

He signed with the Bucs ahead of their Week 3 matchup against the Packers and quickly found a role in the offense, turning 4 targets into 3 catches for 12 yards in his debut. Unfortunately, that role quickly shrunk in Week 4. Despite the Bucs trailing the entire game against the Chiefs, Beasley only received one target, which he caught for 5 yards.

Now it appears that will be the last catch Beasley ever makes in the NFL. Today, his agents told Mike Garafolo and Tom Pelissero that Beasley is planning to retire to spend more time with his family.

#Bucs WR Cole Beasley has decided to retire effective immediately, his agents Joel and Justin Turner tell me and @MikeGarafolo. “He is ready to be with his family after playing in 11 seasons and it’s time to be a full time dad and husband.” pic.twitter.com/jyk3qojEQd

Beasley built a solid career as one of the NFL’s most dependable slot receivers over the past 11 seasons. That career began in Dallas, where he spent 7 years with the Cowboys after going undrafted in the 2012 NFL draft.

During his time with the Cowboys, Beasley racked up 319 catches for 3271 yards and 34 touchdowns. Those numbers earned him a contract worth a little over $7 million per year with the Buffalo Bills.

During 3 years with the Bills, Beasley put up the best numbers of his career and even earned a spot on the All-Pro 2nd team in 2020. Despite those performances, Beasley was released after the 2021 season, leading to his time with the Bucs

Now fantasy football players will have to find themselves another late-round receiver who is good for 4 or 5 receptions per week when they have to deal with injuries or bye weeks.