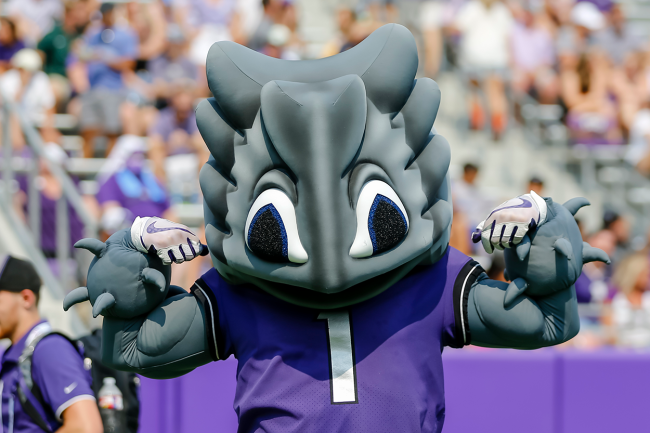 College football today is completely different than it was 10 years ago. As social media continues to play a bigger role in day-to-day life, it has led to some cringeworthy videos and it rarely ends well.

Earlier this year, a group of Florida State football players went viral for their since-deleted TikTok to Dua Lipa and got roasted. Now it is TCU’s turn.

As the Horned Frogs held its internal media day ahead of the 2022 season, a group of underclassmen decided to do a dance of their own. The since-deleted video posted by freshman Keagan Cunningham also featured two of his teammates. One of them appeared to be sophomore safety D’Arco Perkins-McAllister, but the other is not easily identifiable from the roster.

Regardless of who they are, they got in on a viral trend and did their dance. Cunningham, who has just over 8,000 followers on TikTok, is in the middle with the other two on either side.

Cunningham, who is not listed on major recruiting sites, is probably a walk-on. But he can still ball.

Although the TikTok dance is just an example of college kids having fun — WHICH IS A GREAT THING — there is a significant element of cringe attached. It’s very soft and the comment section had a field day.

“Saving this so I can stitch after the 3-9 season,” said another.

While TikTok continues to play such a significant role in today’s society, Cunningham should have known better. JuJu Smith-Shuster got roasted for his TikToks, Florida State got dragged earlier this year, etc. Credit to Cunningham for going all-out and posting without a care of what the response might have been, but perhaps he should’ve left it in the drafts.