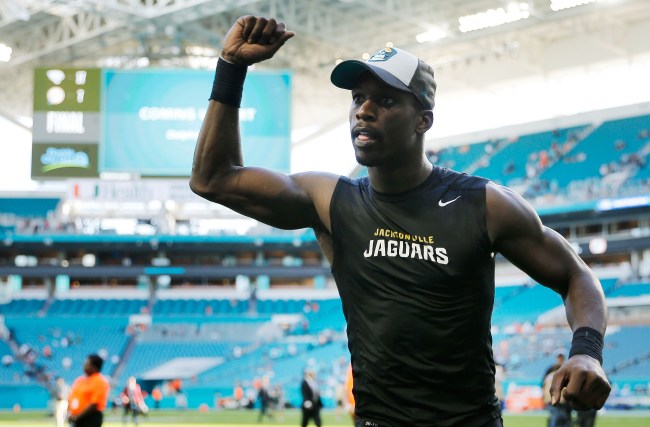 Earlier in the week, Jaguars linebacker Telvin Smith joined Jalen Ramsey in exercising his right not to exercise in the team’s voluntary offseason workout program. This did not sit well with Jags executive vice president Tom Coughlin, who publicly commented on players being absent, sparking the NFLPA to issue a warning to Coughlin in a statement that defined the word “voluntary.”

Smith signed a four-year extension last year with Jacksonville that has him under contract through 2021 after securing a Pro Bowl spot in 2017. Last season, The 28-year-old Florida State product started in all 16 games and recorded a career-high 134 combined tackles, two pass deflections, two interceptions, one sack, one forced fumble, and a touchdown.

This upcoming season, his numbers will all be 0.

In an Instagram post on Thursday, Smith announced that he will not be playing football in 2019 in an effort to get his “world in order” and focus on his health and family.

Jaguars’ LB Telvin Smith announced he will not play football in 2019. pic.twitter.com/GHCMhXmDQb

It was said to me from a great coach, that in order for the man to be his best, he must get his world in order. At this time I must take time away from this game & get my world in order. I must give this time back to myself, my family, & my health. I appreciate all the support I will & will not get. I just ask ya’ll respect my decision to not play football this season. I know the rumors of trade talk came about, but I started my career in Jacksonville & the day I decided to call it quits it will be right here in Duval. I love ya’ll and even in my time off it’s #10toesdwn ya feel me!!! Love!

This is a huge loss for the Jaguars, as Smith has been one of the best linebackers in the league since being drafted in 2014.

One of only 13 players in NFL history to record 100+ tackles in each of their first 5 seasons.

Also the only player with at least:

in EACH of the last 3 seasons.

Only 15 other players have done that in even ONE of the last three seasons https://t.co/JCVu4dXbAS

Hopefully Smith is able to do some soul searching and get back to playing ball when his mind his right.