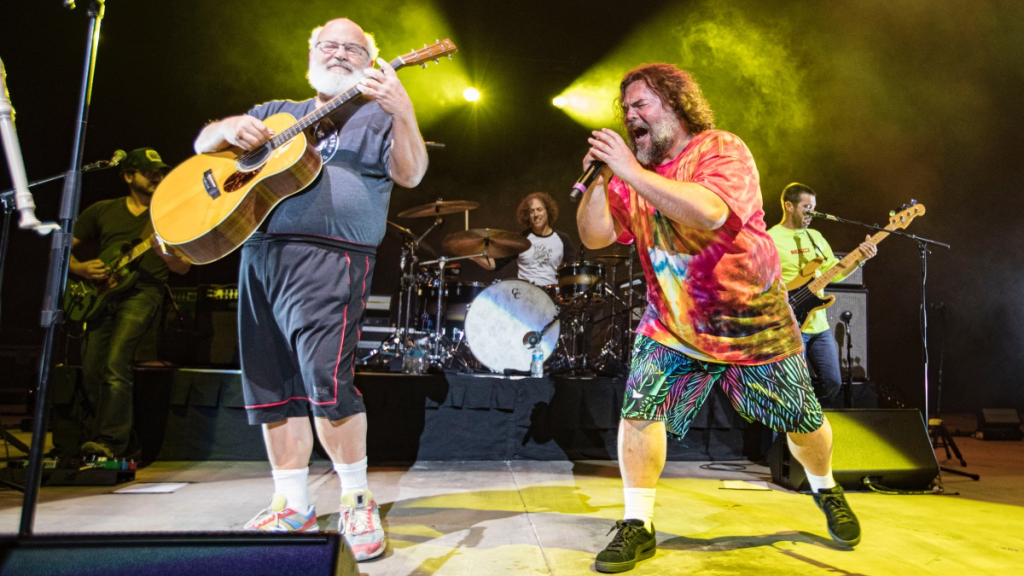 Rock comedy duo Tenacious D (Jack Black and Kyle Gass) have been touring the United States wrapping up a Summer Tour. They recently performed in Milwaukee, Wisconsin, a city where NBA superstar Giannis Antetokounmpo is the main attraction and they debuted a song in his honor.

We’re not saying this ‘Giannis Antetokounmpo’ song is the greatest song in the world, it is just a tribute. A tribute to two-time NBA MVP Giannis Antetokounmpo who brought Milwaukee its first NBA Championship since 1971 and second NBA title in franchise history.

There are a few clips of the Tenacious D song about Giannis making the rounds. One on Twitter has gone viral with a few hundred retweets and counting. Then there’s a full version of the ‘Giannis Antetokounmpo’ tribute song uploaded to YouTube from Tenacious D’s Milwaukee performance.

Here are both clips. Definitely check out the YouTube version since it shows the full song:

And here is the Twitter video that’s started going viral:

What has Giannis Antetokounmpo been up to in the NBA offseason?

Giannis has been dominating for his national team (Greece) in recent days. He recently made one of the most preposterous and possibly game-saving blocks we’ve seen in months. This came in a game against Croatia during EuroBasket 2022:

A few weeks before that, Giannis stunned NBA fans by effusively praising the Chicago Bulls and admitting he’d ‘love to play for’ them some day.

Tenacious D has been traversing the USA and entertaining fans all over. Their concerts are available to stream on Nugs.net. You can learn about Nugs.net right here so you don’t miss their next performance!

And here is Dave Grohl joining Tenacious D on stage last month for a wild performance of ‘Summer Breeze’.