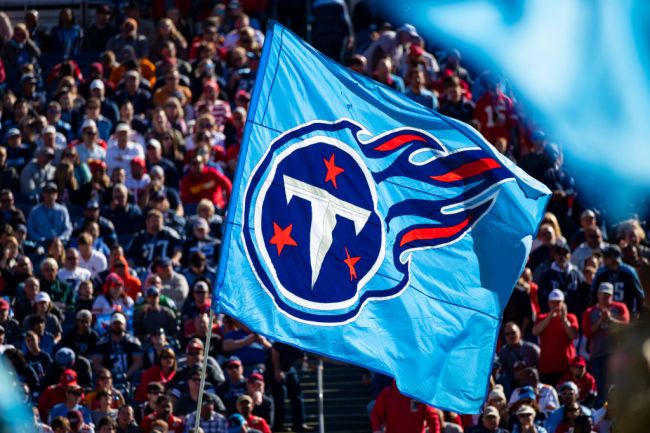 The game against the Buffalo Bills this Sunday is still up in the air and there’s talk now that the Titans might have to forfeit the game.

Earlier this week, the Commissioner informed teams that outbreaks caused by team failure to follow COVID-19 protocols could result in a game being forfeited. With the Titans, who apparently have committed multiple protocol breaches, potentially forced to miss a second straight game, a forfeit could be an option.

Judy Battista of NFL Media reports that, as of Wednesday afternoon, a forfeit hadn’t been discussed. Now that the Titans have yet another player who has generated a positive COVID-19 result only three days before kickoff, that could change.

Clay Travis, ever the shit-stirrer, thinks the team all getting COVID-19 might be a blessing in disguise come playoff time.

Smart of the Titans to go for herd immunity now. We don’t want a player testing positive before the Super Bowl. Chess, not checkers.

Alright, he’s obviously kidding, but it’s worth thinking about in the big picture.

The Titans are currently 4-0 and look like early Super Bowl contenders from the AFC.

A loss in week 5 – via forfeit – wouldn’t kill the season. If the team is able to postpone the game AND get half the roster healthy and COVID-19 free, that’s a double bonus.

People on Twitter had other ideas about the Titans’ chances and Travis’s observation.

Why? Do they all gather together and watch the Superbowl at Tannehill's house every year? What a nice tradition 😛