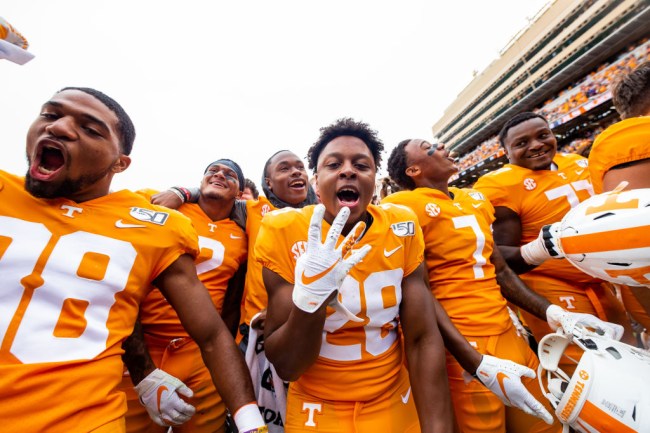 As is tradition on the third Saturday in October, Alabama and Tennessee will do battle on the gridiron this Saturday. Tennessee enters the game at 2-4 on the year with losses to Georgia State and BYU on its resume while ‘Bama is the No. 1 team in the nation.

On top of that, the Crimson Tide has won 12 straight in the series and beat Tennessee by 37 points in Knoxville a year ago.

Some Tennessee players decided to come out and give Alabama an even bigger chip on its shoulder with some bulletin board material by saying “this doesn’t look like an Alabama team that can win a national championship.”

The most interesting moment of UCLA-Stanford: @MollyAMcGrath just now, plugging the Tennessee-Alabama game, says she talked to a couple of Vols players who said, "This doesn't look like an Alabama team that can win a national championship."

Did I mention that Tennessee is a 35-point underdog on Saturday? That’s a mighty bold statement from a set of players who’s school hasn’t even been to a bowl game since 2016. Alabama meanwhile has played in four straight national title games.

The big question here is, well, why say this?

The Vols have absolutely nothing to lose on Saturday and head coach Jeremy Pruitt even jokingly said he’s going to kick nothing but onside kicks against the Tide.

The Vols have to score to be able to kick off to Alabama though, which could be a problem.