Tennessee Football Is A Bunch Of Cowards And Will Pay An Additional $100,000 NOT To Play Army In 2022 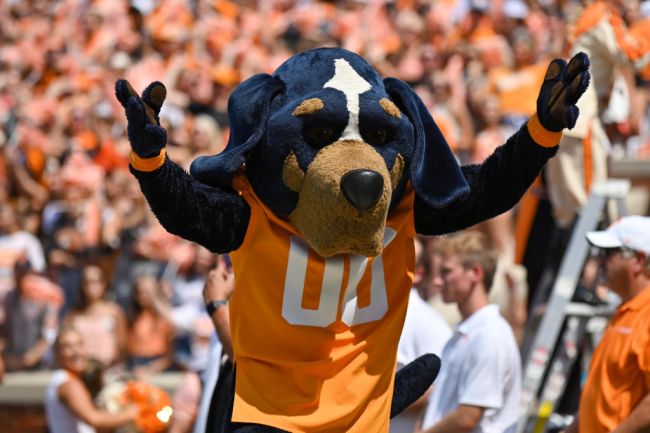 The University of Tennessee believes that its football program is “back” each and every year. No matter what the roster looks like, no matter how difficult the schedule may be, the Vols have a feeling about this year, and next year, and the year after that.

And yet, its athletic department doesn’t seem to share that same faith.

Tennessee is 2-1 in 2021 with wins over a bad Bowling Green team and an even worse Tennessee Tech team. The single loss came to a solid Pittsburgh team at home, which shouldn’t happen.

That all played out before SEC play even begins. When it’s all said and done, this Volunteers team will have to win a few upset games down the stretch to have a chance at a bowl game.

Barring the most incredible, unexpected run of all-time, they will not be in the national championship. Thus, it is time to look ahead to 2022, and UT is already cowering away from losses like the yellow-belly program that it is.

Running from the military.

Southeastern Conference football teams announced their schedules for next season on Tuesday night and there was one extremely notable change for Tennessee. A previously-scheduled opponent was missing.

UT had previously scheduled a game with Army for 2022, but the Black Knights did not appear on the schedule. Instead, a truly terrible Akron team took their place.

Army football is hard-nosed. Head coach Jeff Monken runs the triple option and takes his military men to the gridiron and pounds the rock down opponents throats.

Over the last give years, the Black Knights have had only one losing season and have won nine or more games in three of five. They are 3-0 thus far into 2021 with valid wins over Georgia State and Western Kentucky.

Tennessee doesn’t want that smoke. Instead, it will pay $100,000 more than before to get a virtually guaranteed win over a perennial losing program in Akron.

Mike Wilson of the Knoxville News Sentinel broke down the finances:

Thus, to cancel with Army and schedule Akron, Tennessee will pay $100,000 more for a “win” than a possible loss.

Wouldn’t it be funny if UT lost to Akron? Paaaathetic.