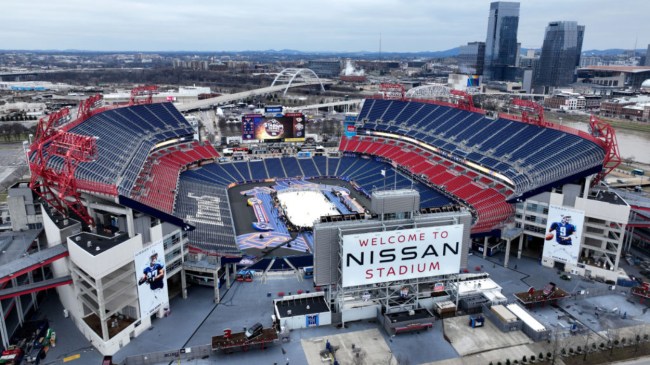 Rumors about the Tennessee Titans building a brand new stadium in Nashville have been swirling for a while, and a new report points to those rumors becoming reality.

The report last month stated that talks between Mayor John Cooper and the Titans expanded from doing renovations to just building a new stadium altogether. Now, it looks like the city and the franchise are leaning that way, big time.

According to the Associated Press, Titans CEO Burke Nihill told the Nashville Metro Sports Authority on Thursday that the design and cost analysis for a new stadium has begun.

When would the Titans’ brand new stadium be completed? Nihill seems to think the new stadium could be open for the start of the 2026 NFL season.

“We’re trying to move wisely but with a sense of urgency,” Nihill said. “There’s a path forward that, if we have alignment by the fall, we could have a new stadium open (by 2026). It’s aggressive, but we believe it’s in play.”

The new stadium would be built on what are currently parking lots between Nissan Stadium and Interstate 24. Construction would take 31 months, which means ground would have to be broken by early 2024 to open in 2026.

The smart move for the Titans and the city of Nashville would be to put a roof on the new stadium. Nashville would have the ability to host every major sporting event in the country including the Super Bowl, the Final Four, and the World Cup if Nashville is selected to host games in 2026.

The Titans have called Nissan Stadium home since 1999, and it’s no secret that the structure is dated compared to the vast majority of other NFL stadiums.

There have not been any figures tossed around for what it may cost for a new stadium, only that a new stadium would be more cost-effective than spending over $600 million on renovations at Nissan Stadium.

By 2026, Nashville could have a brand new NFL stadium, a four-year-old MLS stadium, Bridgestone Arena where the Predators play, and quite possibly an MLB team.