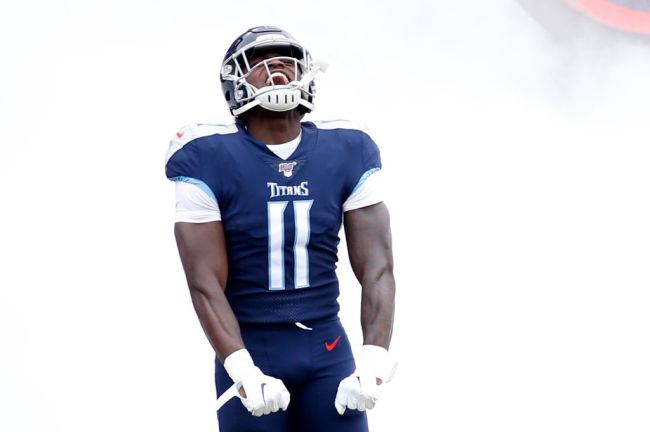 The Titans have never been taken seriously as a franchise from a national perspective. Yes, they played in the Super Bowl in 1999 and were a win away from playing in last year’s Super Bowl, but when it comes to the national conversation they’re simply never a part of it unless they make a deep postseason run.

The Titans have always flown under the radar and Titans fans and the people of Nashville will tell you that’s exactly how they like it, but those days are gone now.

Getting off to a 4-0 start this season has started to ever so slightly spark those national conversations of Tennessee possibly having one of the best teams in the NFL. To be completely honest though, without the Titans suffering a coronavirus outbreak they still wouldn’t be getting the attention they deserve nationally.

The majority of the attention the Titans are getting right now is not positive. Most fans around the league want to see the franchise punished for suffering an outbreak, teams and even players around the league like Ben Roethlisberger have whined about games being postponed, and photos of the team possibly breaking COVID protocol aren’t helping their cause either.

In a matter of weeks, the Titans have gone from their normal selves of a team worthy of more attention and respect to NFL villain. Teams usually don’t take on that role unless they’ve won something, just look at the Patriots, but Tennessee has taken on the role of villain by simply winning four regular-season games and unfortunately suffering a coronavirus outbreak.

It’s completely unfamiliar territory for the Titans, but instead of trying to change the narrative surrounding them they’re leaning into the hate and seeming to feed off of it.

Over the last two weeks, the Titans had heard nothing but hate from the media and teams around the league. The team had their game against the Steelers rescheduled and their game on Tuesday night against the Bills wasn’t even certain to take place until Tuesday morning when there were no new positives. The team’s facilities were shut down for well over a week, the team hardly got any reps in with one another leading into Tuesday’s contest and went on to torch the Bills 42-16.

Taylor Lewan recapped the win perfectly in a postgame video saying “they hate it, they were angry at us, they thought we did everything wrong, don’t put us in adversity.” Just go look at the replies to the video to see how fans around the league are still mad at this team.

As I said earlier, the Titans and their fanbase haven’t ever really had a choice but to be a slept-on team from a national perspective, but after going through this adversity and then beating up on an unbeaten Bills team on Tuesday night, they now have no choice but to embrace the villain role.

The narrative would be completely flipped if the Titans were on the receiving end of a lopsided loss on Tuesday, but that isn’t the reality. The Titans now have legitimate haters around the league, they’re the bad guys, and it fits them very, very well.